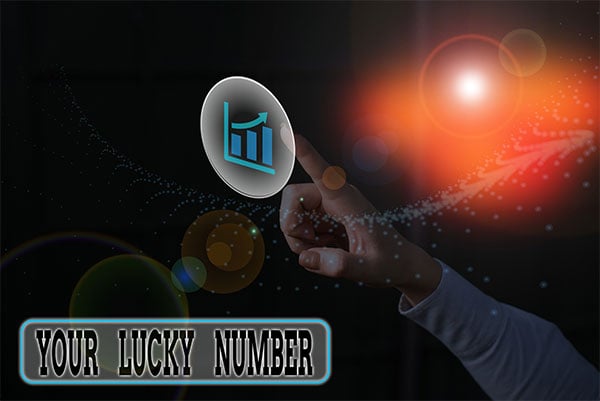 Our World Numerology app includes a Lucky Number Calculator and Calendar (among 18 different types of personal readings). Simply select a day, and if shows your Lucky Numbers. (Not included in our mobile versions, only in the PC, Mac, and iPad versions.) Free download. Optional upgrade.

I cannot remember a time when I did not sense a hidden meaning behind numbers, even with basic math. It seemed like a language, and whereas for most people, the language of numbers is impersonal, to me it felt like magic, a language of the heart.

This was largely subconscious, until I found a little old book about numerology when I was about nineteen, and it literally stopped me in my tracks. I remember the moment and I can still see the book - long since lost due to my restless lifestyle - and yet, for many years, I did not take numerology seriously. It seemed more like a game, a way to interpret the spiritual world in ways nothing else could.

It took years before I became comfortable with the knowledge that numbers did, indeed, reveal hidden truths in almost anything I applied it to.

The True Value of Numbers

I mentioned that numbers felt like a language to me. What I meant is this.

Imagine that you were born deaf and mute. You would have no access to language, no knowledge of words. You would not be able to think in sentences and as a result, you would be extremely limited in your ability to understand or analyze anything more complex than the basics of life.

Now imagine that by some miracle, you wake up one morning and you are no longer deaf and mute. Within a relatively brief time, your capacity to think things through would be greatly enhanced, as if a concentric circle of your previous limitations had suddenly widened.

The language of numbers - once you know how to interact with it - also greatly expands your ability to think and comprehend complex issues.

It is a tool mathematicians understand very well, but it is also a tool that can be used in other ways, like we do in numerology. (Pythagoras was an exeption in that he accepted the language of numbers both for purely rational purposes, and their underlying spiritual presence.)

What You Should Know About Lucky Numbers.

Numerology uses specific algorithms to identify numbers that relate favorably to you based on your most significant characteristics.

Luck and attitude often go hand in hand; the influence of certain Lucky Numbers is enhanced by your mindset.

But luck is fickle and not always what it appears to be. If someone wins a million dollars, buys a fast car, and dies in a crash, was winning the lottery lucky?

Lucky Numbers do not always have anything to do with money, or with winning, for that matter.

Lady Fortune appears in many forms: a promotion because of an unexpected change in circumstances; meeting the love of your life after exiting the elevator on the wrong floor; a last-minute change in travel plans that proves to have saved you from disaster.

he list of lucky "coincidences" human beings experience is endless, but if you take a close look, lucky numbers often appear to play a role.

How to Find Your Lucky Numbers

Your Lucky Numbers are based on number configurations in your numerology chart, as well as numbers hidden on a deeper level. In addition, some are in place for the duration of your life, others come and go with in synchronicity with your cycles. Some of the calculations are relatively simple, while others are more complex.

We offer a Lucky Number combination calendar and calculator as one of eighteen distinct types of readings in our World Numerology App. You can learn more about that here…

We also offer a Lucky Number report, that all your lifetime numbers, as well as all time-sensitive lucky numbers for the next 12 months. You can learn more about that here…