The single-digit numbers 1 - 9 form the foundation of Numerology.

In numerology, each number has its own personality, its strengths, talents, shortcomings, and idiosyncracies.

To gain insight into the way numbers affect us, it helps to view each number as if it were a person with unique traits, instead of a list of positive and negative qualities.

It should be noted that my description of single-digit numbers illustrate their extremes. The goal is to convey an intuitive and mental connection with the personalities of these numbers.

I hope this approach will help you view them the way you would a close friend or family member – instead of a memorized list of characteristics.

There are certain character traits that are shared by more than one number.

For example, while the personalities of both the 6 and 9 have compassionate, self-sacrificing, caring qualities, they express these attributes in very different ways. The 6 is family and community oriented – it shares its care and compassion with people close by - family, friends, and neighbors.

The 9 has a global perspective, directing its sympathy and self-sacrifice toward people at large, without the need to know them personally. In fact, the 9 can seem a bit aloof to people close to them, while the number 6 doesn’t relate as easily to people it has no connection to.

Hence, when a family member reaches out to help you or volunteers at the local food kitchen, they probably have a strong 6 in their chart, while the friend raising money to combat poverty in a foreign country is behaving more like the 9.

When you study Numerology, perhaps the most challenging aspect is understanding the important effect the surrounding environment has on a number’s “personality”.

Where a number is located in your chart is just as important as the number itself - similar to the way people act differently depending on their situation. In fact, the same number may express itself in a positive way when found in one location of a chart, and a negative way when located in a different area.

A numerologist must look beyond the general traits of each number, and recognize the subtle differences and changeable nature they elicit under varying circumstances.

The playful disposition of the 3 will be appreciated at just about any social gathering, but its tendency to be unfocused and disorganized might make it less welcome in the workplace.

In my book Numerology; Key To Your Inner Self: A Complete Guide to Understanding and Using Your Numbers of Destiny, I identify the way a number’s attributes change as I move through each aspect of the chart – the same method I used when creating personal readings in our professional software as our World Numerology app.

There are unchangeable traits to each single digit number.

The 1 will always be bold and individualistic, but its behavior changes somewhat when viewed from each of these categories. Surrounding numbers also play a part in the way each number acts and reacts. Learning these subtle (and sometimes not so subtle) differences gives each number – and your personal chart - more depth, insight, and nuance.

The personality of the number 1 is strong, individualistic and goal-oriented – helpful traits for success in any endeavor. But during confrontations, the same number is likely to become aggressive and combative, even bullish.

The number 2 is its opposite - subtle, gentle, diplomatic, sensitive, and cooperative. The tactful 2, ever the peacemaker, is a welcome addition during an argument or negotiation – but its sensitive nature can be hypersensitive and easily hurt. Two sides of the same coin.

Numbers are symbols, hence the shape of a number is quite telling.

The shape of each number also symbolizes its personality (numbers are, by definition, symbols). The 1 is upright, unbending, in your face - the number 2, humble, flexible, and resilient, almost as if it is bowing on its knees.

But make no mistake, the rigid 1 is unbending and will break under too much pressure, while the flexible 2 - at times squashed by too much weight – will bounce back once the pressure is off. The survival qualities of the cooperative 2 often outlast the headstrong 1.

You can see which numbers are most prominent in your personal chart on your free Proportional Chart in the World Numerology App - it's free.

A Note About Double Digit numbers

Read the meaning of the single digit numbers 1 through 9 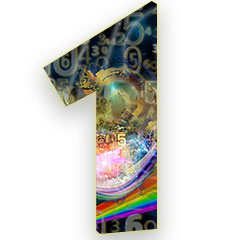 Among the nine single-digit numbers, the 1 holds a special place.

From a spiritual perspective, it is the number of creation, the primal force from which all other numbers spring forth ... 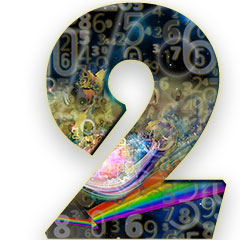 The most feminine among all numbers, the 2 is also the most underestimated -- at least, when it comes to power and strength.

It is almost always gentle, tactful, diplomatic, forgiving and understanding ... 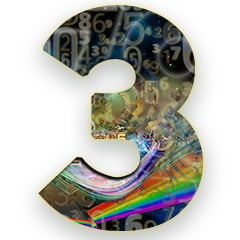 The number 3 is like a gifted teenager who is still under the protection of their parents: a bit spoiled, scattered and perpetually in need of guidance.

However, the most obvious traits of the 3 are in the creative field. A powerful need to express ...

Number 4: THE SALT OF THE EARTH

The 4 is without a doubt the most stable, grounded number, reflecting strength and stability.

It's chief characteristics are dependability, productivity, punctuality and obedience. It is trustworthy, patient, conventional and ... 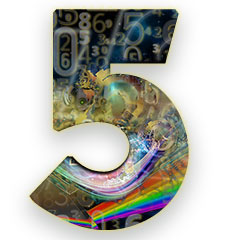 The number 5 is the most dynamic and energetic of all the single-digit numbers. It is unpredictable, always in motion and constantly in need of change. Although it is molded from an almost equal mix of masculine and feminine qualities ... 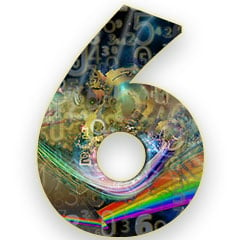 While the 6 is considered the most harmonious of all single-digit numbers, it is not without its flaws and upsets. The most important influence of the 6 is its loving and caring nature. Properly nicknamed the motherhood number, it is all about ... 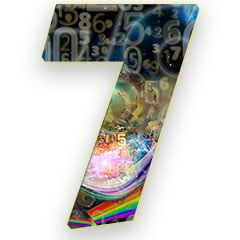 The number 7 is the seeker, thinker, the searcher of Truth (notice the capital "T"). The 7 doesn't take anything at face value - always trying to understand the underlying hidden truths. 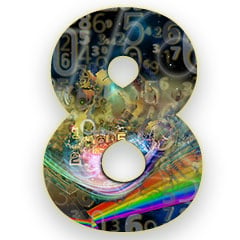 The number 8 is perhaps the most misunderstood of all single-digit numbers, as novices and numerology professionals alike seem to hammer on the "money and power" image of the 8. 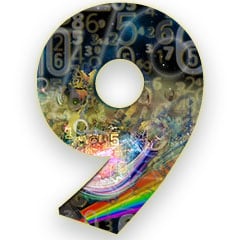 Ordinarily, I keep the math to a minimum when I discuss an aspect of Numerology. In the case of the number 9, however, the math highlights a philosophical observation that is unique and very revealing. So bear with me, please..