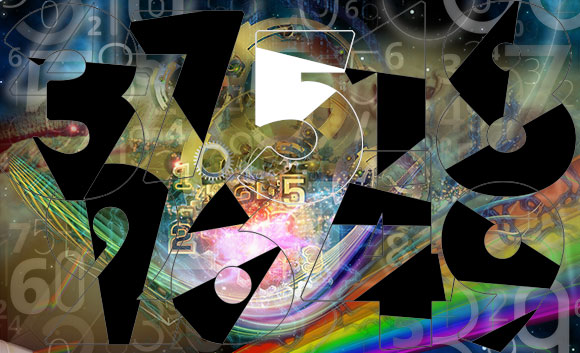 The most vibrant, freedom-loving of all numbers in numerology

The Numerology Meaning of the Number 5: A DYNAMIC FORCE

The 5 is unpredictable, always in motion, and constantly in search of change.

Although it is molded from an almost equal mix of freedom-loving and loyal characteristics, the 5 is slightly more daring, and there is nothing submissive about it.

The 5 is extremely independent in mind and soul.

For an adventurer and risk-taker who has a hard time staying in one place, one job, or one relationship, the 5 is surprisingly loyal when the right partner comes along.

The 2 and the 6 are known as the most harmonious relationship numbers. Still, both will cheat on a partner when temptation is strong enough. The 5 will not. The 5 may break off a relationship due to their restless nature, but they will rarely deceive a partner. Although, when they are not in a committed relationship, they have no problem dating a different person every day of the week

The 5 generally doesn’t find a suitable career until they’ve tried several different jobs, some barely lasting long enough to warrant a full paycheck. This is especially true if there is monotonous routine involved; boredom sets in quickly for the 5 who simply cannot stand predictable, repetitive work.

But again, the 5 will surprise friends and family once they find their niche. This usually happens after age 30 when their focus, energy, and quick mind help them scramble up the ladder (faster, and with less apparent effort, than those around them).

Many 5s choose careers that require travel or otherwise offer a regular change of environment. People working in the travel industry, small business owners, independent consultants, lawyers, and those in sales often have the 5 in their core numbers.

The 5 can adjust quickly to pretty much anything coming their way.

The 5 is versatile, adaptable, intelligent, progressive, and tolerant. Convention bores them, and they are easily drawn to the eccentrics and misfits of society.

A social creature, the 5 is funny and uplifting, good at making others feel comfortable around them. They are generally well-liked and often surrounded by friends and acquaintances. However, they can also be polarizing, so people that are typically uptight, self-righteous, or judgmental are quickly aggravated by them.

Perhaps the most dominating trait of the 5 is the uncompromising demand for freedom in thought and action.

People with a prominent 5 in their core numbers make up their own mind, rebel against dogma and ideology, and recoil from clubs, cults, and religious sects. Their adventurous, daredevil nature may include riding motorcycles, but they will not typically ride with a large group. Chances are a 5 will be opinionated and passionate about political issues, but will remain independent of formal political parties.

A 5 may change their mind (regularly) but not without good reason. They won’t be controlled but are flexible and can be converted if the argument makes sense. The 5 has a healthy sense of humor and doesn't sweat the small things. They carry their heart on their sleeve, and it’s not uncommon to give that heart to the wrong person - they are not always the best judge of character.

On the negative side, the 5 can be selfish, thoughtless, and irresponsible.

Rarely considering the future beyond next week, worrying is not in their nature. The 5 tends to procrastinate and can be unreliable. However, their most common downfall is a tendency to experiment with sex, drugs, alcohol, and other addictions. A desire for instant gratification, lack of restraint, and their feeling of invulnerability can be a recipe for disaster.

The shape of numbers reflect their nature, and just as the 4 is square and grounded, the 5 is a symbol of dynamic energy, elastic and constantly in motion.