Confessions of an Accidental Numerologist

I still remember the little blue book that introduced me to Numerology in 1968, and gradually changed my life...

I always liked math. Not "higher" math per se, but the purity, beauty and harmony of basic math. As a kid, I went to an old school in downtown Amsterdam during the '50s and early '60s, where they took education very seriously. 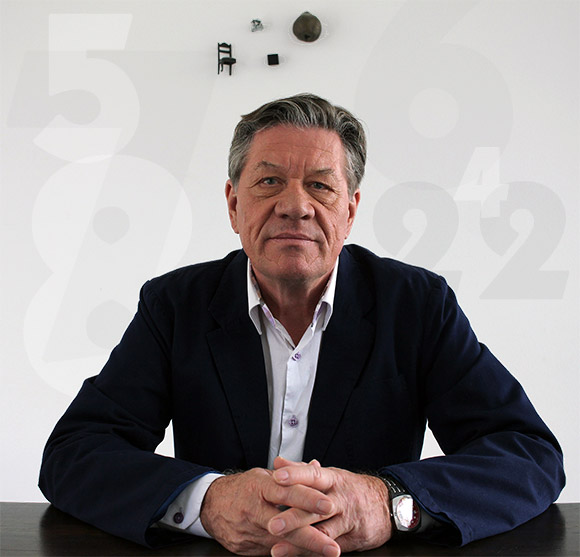 One of their programs, which I absolutely loved, was a half hour of "math by heart" at the end of the school day, two or three times a week. The teacher would stand in front of the class and rattle off numbers that the students had to add, subtract, multiply and divide in their heads. After a couple of minutes, the students would pick up their pencils and write down the answer.

It was fun and competitive, and to this day I benefit from those years of exercising the brain with math. Even now with my 60-something-year-old rusty brain, I can still multiply 2 and 3 digit numbers by heart, or calculate any percentage of a multiple digit number without breaking a sweat.

Here's what that little blue book did to my understanding of math and Numerology.

Once I realized that it was about some obscure science I had never heard of, I started playing with the numbers and applying it to family members and other people. I did not take it seriously, and certainly did not believe there was any truth to it. But a funny thing happened: I could not shake the fact that some of it seemed to fall outside the possible range of random "coincidences."

I started to pay closer attention and finally decided to focus on the two numbers most obviously and recognizably each other's opposites: the 1 and the 2.

The traits and characteristics assigned to these two numbers are on opposite ends of the spectrum and cannot be confused. The 1 is masculine, aggressive, driven, confrontational, self-oriented, stubborn and forceful. The 2 is feminine, sensitive, tactful, considerate, cooperative, gentle and fragile.

I looked for people who had charts dominated by either the 1 or the 2.

From then on, I was hooked. Since those early days, as a professional numerologist, I have done thousands of charts and have still never met a "1" who behaved like a "2" and vice versa.

Years later, I worked as a numerologist/house psychic/entertainer at a night club in Houston and one of my preferred "tricks" was to use someone's date of birth to tell him or her exactly which years had been particularly transformative (whenever the Pinnacle cycles change). It never failed to impress. Or I would take their date of birth and full name at birth and "guess" their chosen profession.

Anyone familiar with the mechanics of Numerology knows that these are not tricks, but established and proven methods.

Another example of the accuracy and benefits of Numerology is this: during the many years I worked as a practicing Numerologist, clients would call in for an appointment and give me their name and date of birth.

I would do the chart in advance, and since a complete Numerology chart includes a hundred or more calculations, it would take a little time (this was before computers) during which I was narrowly focused on that person's numbers.

The remarkable result was that nine out of ten times, I would know what that person looked like, his or her body language and other intuitive insights to the extent that I could have picked that person out of a crowd.

I no longer think of Numerology as a weird and obscure pseudo-science. I think of it as an example of the immaculate perfection that is the foundations of this creation. All things are connected; all things reflect all other things. The harmony and balance of this creation is perfect - and perfectly synchronized.