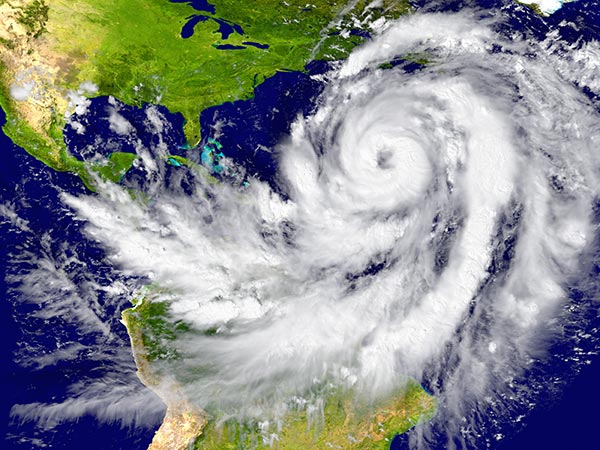 The name Katrina has a remarkable combination of numbers and letters. Only 4 numbers can be considered core numbers, three of which are Master numbers and one is a 9.

This is almost unheard of and is well above the statistical average. Core numbers are found by adding numbers in a name. Adding the numerical values of the vowels gives us an 11, a Master number. Adding the consonants gives us a 9, adding all the letters, consonants and vowels, gives us another 11.

When we add the numbers of Katrina's "birth date" we come to 22. If this was an individual's full name and date of birth, it would be a dangerously unpredictable, overly sensitive if not utterly neurotic control freak.

In addition, the individual letters in the 7-letter name Katrina include two 2's, two 1's, two 9's, and one 5.

This is a volatile mix to say the least. The 1 and the 2 are opposites and clash head on under almost all circumstances. The 1 and the 9 are also opposites, albeit in a different way. But they are as disharmonious as the 1 and 2. Throw in the most dynamic and unpredictable of all numbers, the 5, and the name Katrina resembles nothing as much as an inexperienced chemistry student experimenting with nitroglycerine.

Camille has the core numbers 1, 4, and 6 from the name, while the number 2 is derived from the date it formed - we will consider that the birth date. A less spectacular combination than Katrina, it nonetheless reflects an unstable relationship among its numbers.

The aggressive, violent, and confrontational 1 stems from adding all the letters, while the systematic, disciplined 4 is the result of adding only the consonants. A warrior's combination par excellence.

The fact that the vowels add to 6, at first glance does not seem to fit the violent world of a warrior, until you realize that whereas the positive 6 is the most loving and caring of all numbers, the negative 6 is the most cold-hearted.

Since hurricanes are by definition destructive, we focus on the negative manifestations of the numbers and in that view, the 6 is particularly scary.

The 2 is similarly terrifying, precisely because when as gentle and feminine a number as the number 2 turns against you, its intuitive insight helps it to know exactly how to hurt you in ways no masculine force ever can.

Camille managed to cause the death of more than 250 people and more than 7 billion dollars in damage (in today's value), by roaming up the coast line "stroking " the East coast with 150-mile winds and saving its hardest punch for last, a seduction of a different kind.

Andrew appeared during an otherwise fairly quiet hurricane year but packed a punch that killed about 40 people and did 5 times the financial damage Camille caused. Its core numbers consist of a 5, a 6, an 11 - again a Master number - and a 9 derived from its birth date.

Again, we see some discordance. The 5 and 6 don't get along and when you put their negative energies into a single basket the result spells big trouble. There is the fire, chaos, and complete lack of control brought in by the negative 5, while the negative 6, as mentioned earlier, is cold as ice.

The first thing the 3, 5, 7 combination tells us is that Donna was delivering a message. It was loud, chaotic (the 5), and almost spiritual in its energy. The real disturbing numbers are found hidden in the date it was formed where an 11 Master number teams up with the 16 Fallen Tower.

With the powerful force of the 8 at its foundation, the cruel essence of the 11, and the self-destructive oomph of the 16, it is no surprise that this storm killed almost 400 people and did enormous damage over an unusually long period of time.

In a way, the number sequences behind the names and dates of formation of hurricanes are by definition negative and destructive.

However, it appears that the number combinations we just looked at are particularly disharmonious. As a numerologist I would suggest that when naming a hurricane, we should consider its "date of birth." This could, at least to some extent, allow us to select a name whose number sequence is least likely to add additional punch to the numbers derived from the date of formation - numbers we cannot control.