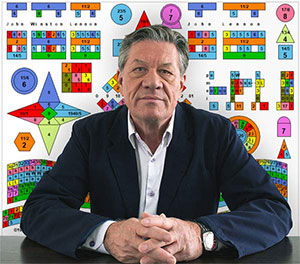 J. P. asks what it means when your date of birth adds to the Power number 88, and whether it's considered a Master number.

My name is J.P. and I have a question about the number 88.

What does it mean?

Numerology views the nine cardinal numbers 1 through 9 as having narrowly defined and clearly recognizable personalities. They are, quite literally, the foundation of all other numbers.

Double- and multi-digit numbers are combinations of single-digit numbers and are therefore more complex and less defined. Its like mixing paint; the primary colors are very distinct, but when you mix colors, the result becomes more and more multifaceted.

The 7 is the dominant number here, and as it happens, it is my personal favorite among the single-digit numbers. Wisdom, spiritual, intelligent, inward focused, quiet, curious, and introverted are all traits I appreciate.

The 16 is a Karmic number – it’s on par with tarot’s Fallen Tower, and it does tend to self-destruct occasionally, but it does so only to create a better tower, a taller tower. There is no other number that personifies growth better than 16, but it does tend to be a difficult and enormously challenging number.

It is common for those who have a 16 among the core numbers to consciously or subconsciously break down the life they built for themselves just when it looks like all is as well as can be hoped for, only to find themselves having to start all over. But there is a reason the 16 is also called the Phoenix Rising.

Following that, we have two 8s; the number of balance and power. This is a very strong, ambitious number, a real go-getter and the exact opposite of a 7; it is in your face authoritive, efficient, and always focused on result.

So, in a nutshell, here you have a number – 88 – which contains within itself contradictions but also a mixture of qualities that can produce something truly great; the drive and pushy energy of the 8, the courage and desire to improve at any price (16), and the intellectual, analytical, and spiritual 7 at its very foundation. The 88 is a truly promising combination.