The meaning of the Number 4

In numerology, the 4 is without a doubt masculine, reflecting strength and stability.

THE SALT OF THE EARTH 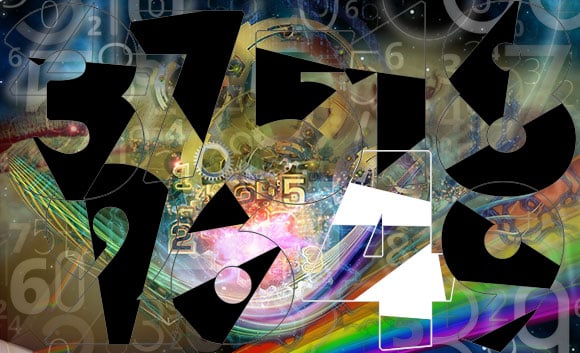 It's chief characteristics are dependability, productivity, punctuality and obedience. He is trustworthy, patient, conventional and a traditionalist. He is a bit boring and not much of a social person, preferring to toil in quiet obscurity. He works steadily and can be very persistent. He finds great satisfaction in his accomplishments and favors results over financial reward or public recognition. He is humble, dresses conservatively and blends in with his surroundings.

He is average in looks, physically healthy and strong, neat and clean ... but unremarkable.

He does not like to draw attention to himself, but will fight you tooth and nail if you try to muscle in on his territory.

He believes in effort and control, and is certainly goal-oriented, but his goals are simple and down to earth. He is not a visionary, but notices every detail. He is capable, has an excellent memory and doesn't cut corners. He is the perfect employee, but doesn't tend to do well in social environments.

If you look at the shape of the number 4, you will see that the hard angles are a proper symbolic representation of this rather straight-edged workaholic, who is neither creative nor artistic, but is good at working with his hands.

Many craftsmen and skilled laborers have the 4 prominently in their charts. He is a good provider, but demands discipline and loyalty, and in some cases takes discipline too far. He can't handle chaos and is prone to panic attacks if it appears he might not have things fully under control.

The 4 doesn't like to make waves, but values his moral convictions and will not back down when convinced that he is doing "the right thing."

However, he can also be intolerant and, when faced with people from other cultures, countries or races, his insecurity can turn him into a cruel bigot.

Many 4s choose a career in the military, where their obedient, disciplined nature is right at home. They especially thrive when they are assigned duties that include administrative and organizational work.

As with any number, there are some contradicting traits within the 4. For instance, while he is not particularly social or fun-loving, the 4 sometimes reveals an entertainingly dry sense of humor. Further, although he is a strict and disciplined parent, the 4 is also extremely devoted and will walk through fire to get his kids what they need.

My description of the 4 is, not surprisingly, almost the exact opposite of my description of the 3. This is to be expected, as every number is, in important ways, a counterpoint to the one that directly precedes it. The 2 is the polar opposite of the 1, the 3 displays traits that are directly opposed to those of the 2, and so forth. And of course the differences between the 5 and the 4 are like night and day!

NOTE: We do not share your email address or birth data with anyone. Learn more...