The Numerology of Debbie Reynolds and Carrie Fisher

Numerology interprets patterns based on the letters and numbers in a name and date of birth. 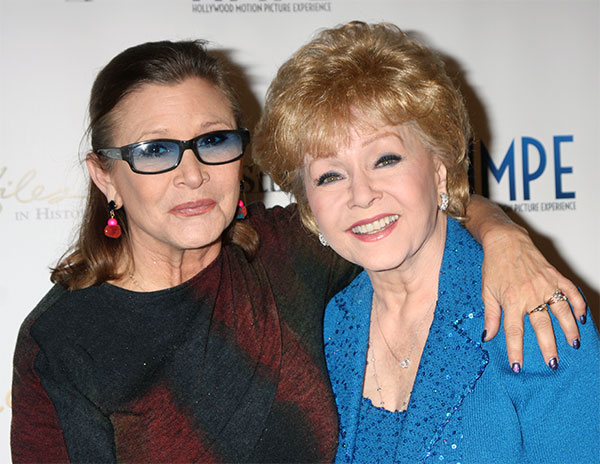 Although the math is simple (doing your own numerology is easy), the chart itself can be complex and difficult to interpret.

The passing of Carrie Fisher (December 2016) and Debbie Reynolds the following day, feels coincidental and mysterious - a mother and child story that makes us reflect on our own.

During that month, I was asked if I could find anything in their charts that described their relationship or pointed to the timing of their deaths, besides the real possibility that Carrie’s passing broke her mother’s heart.

Looking at the letters/numbers found in each name it was obvious their charts (and personal traits) were mirror opposites with almost nothing in common. This is easily noted when viewing their proportional numerology charts. Proportional charts consolidate the numbers most often seen in your chart, based on location and influence - a bird’s eye view, so to speak, of your complex persona.

When comparing the traits of each number below – taking the number 1 as an example – we see Debbie’s 1 (bold, independent, individualistic, overbearing) is more than double that of her daughter’s, whereas Carrie’s 3 (charm, humor, creative, self-expression, playful, easily distracted) is far stronger than her mother’s.

Also, notice how the numbers 5 and up are considerably better represented than her mother’s, whose chart is dominated by the lower numbers; almost three-quarter of her chart is made up of 1, 2, 3, and 4 alone.

The immediate impression is that Carrie's chart shows a more adventurous (5), emotionally warm and accesible (6), global (9) and visionary (8) perspective, heavily influenced by spiritual self-exploration and the search of truth, consciousness, and insight (7).

Carrie's focus was more worldly, sophisticated, and embracing of people everywhere, while her mother's attention was aimed towards the individual, personal responsibility, authority, and leadership – there’s no doubt Debbie’s need to control her environment and the people in it (the 1 takes up more than a quarter of her chart) was a major source of discord between mother and daughter.

Finally, Debbie’s chart is of balance with the bulk given to the lowest four single digits, while the higher four numbers (6 through 9) take up less than 20% total. Carrie’s chart is more evenly balanced, only the 4 (discipline, efficiency, organization) and the 1 (personal power, ambition) are below the averages in her chart.

Looking at their charts it is easy to see how there must have been conflict and discord. It would have taken deep love and a combined effort for them to reunite, reminding us even sizable differences can be overcome through love, respect, and effort.

Learn more about the characteristics of each number here...

If you haven’t checked your Proportional Chart yet, enter your name and birth date here to get yours...

(Learn more about the characteristics of each single digit number here...)