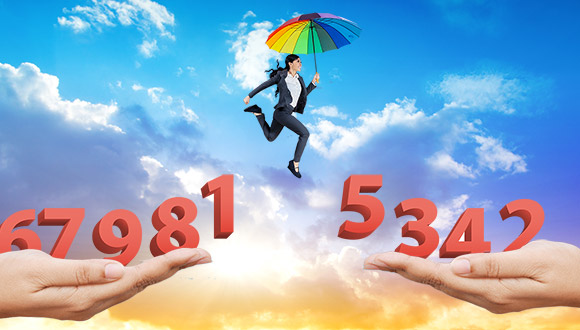 Bridge numbers are an undervalued aspect of numerology

All numbers in your personal Numerology chart, no matter where they are found or what part of you they affect, have two functions: to help you recognize who you are and what you are made of, and to let you know what you need to complete yourself and become the most you can be.

Obviously, knowing your strengths and your talents is a big help when it comes to finding your way in life: choosing the right career, the things that make you happy, and so forth. Being aware of your weaknesses is an equally powerful asset, because they tell you what to avoid and how to not waste your time. If you recognize that you don't have an ear for music, you probably won't bother devoting years to piano lessons. However, a truly underused aspect of Numerology are the Bridge numbers. Which is regrettable, as they -- perhaps more than any other Numerology resource -- can help lighten your load and smooth your path.

Here is what that tells us.

A 4 Expression is detail oriented, highly disciplined, practical and well organized, but also boring and routine-addicted. Since the Expression number is usually the first (but by no means the only) number we look at for insight in determining a suitable career, the person in this example would be good as a bank officer, an accountant, a construction supervisor, a police man, and a bunch of other professions requiring the attributes of a 4.

But this person also has a 7 Heart's Desire, which tells us that he avoids crowds, preferring peace and quiet. He likes to read and study, doesn't take anything at face value, has a sharp, probably sarcastic sense of humor, doesn't play well with others, and finds great satisfaction in exploring unfamiliar territory, whether physical or intellectual.

Aware of this hodgepodge of traits from the 4 and the 7, it makes sense that this person would be happier as an accountant (just him and his desk and computer), than a bank teller (interacting with strangers all day -- yuck!). That he would be a happier police man in an administrative or detecting position, instead of walking a beat (again -- too many pesky people around).

Unfortunately, those somewhat discordant qualities between the 4 and the 7 limit his options, and that's never a good thing. So let's see how the Bridge number can help expand his potential.

A 3 Bridge number means that training/improving/strengthening the qualities inherent to the number 3 would be tremendously helpful in smoothing his path, and vastly expand his potential. The advice therefore is simple: loosen up, be more creative, and start communicating.

I know, easier said than done. It sounds like the kind of useless advice your therapist might give you. And yet, looking at the simplicity of it when put in the context of Bridge numbers, it might just be enough to inspire this solitary, somewhat boring person to do just that, to take him/herself less seriously. Maybe -- God forbid -- even make an impulsive decision every once in a while.

The secret is in your perception. A therapist telling you to loosen up is about as effective as an umbrella in a hurricane. Bridge numbers showing you the different attributes of two aspects of your character, and the specific qualities needed to cover the divide, is a whole different picture. One that can actually be quite inspiring.

Bridge numbers, the most important ones, are included in the Personality Profile readings produced by Tarot.com and other sites that run my software. As far as I know, no other Numerology software programs include Bridge numbers. So there you have it, my sales pitch for today.

Also interesting about Bridge numbers is the fact that the basic concept applies pretty much anywhere two numbers share the same environment. Want to understand how the demands of your Life Path number can be helped along with the help of your Birth Day number? Find their Bridge Number.

In my case, a 7 Life Path and a 6 Birth Day number give me a 1 Bridge Number and yes, I recognized some time ago that a more assertive, practical, and aggressive approach would be helpful in my desire to live the studious, somewhat hermit-like lifestyle of a 7, without the usual lack of recognition and success so often associated with the 7.

Or perhaps you would like to know how to get your Heart's Desire more in line with your Hidden Passion. Think Bridge Number. Bridge Numbers are here to bridge the gaps and get you across to where the grass is greener. They have a practical use.

They also have a spiritual use. You are seeking enlightenment? Cross the divide inside of you -- between your mind and your soul. The word "mind" adds up to 22, which reduces to 4. The word "soul" adds to 13, which also reduces to 4. Interesting, no? Symbolically speaking, the Bridge between your mind and your soul is 0 (zero).

I'll give you a tip. The zero Bridge Number doesn't stand for "nothing," it doesn't symbolize the lack of something, or emptiness or any of that. Instead, it symbolizes the most elusive of all qualities: Freedom from ego.

Give that a try. I mean, how cool is that?