Numerology and the Lonely Number 1 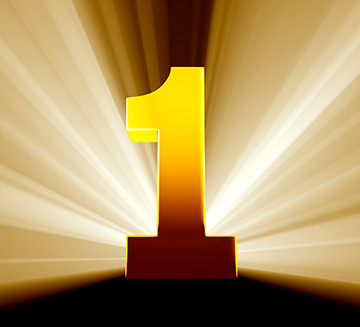 One Is the Loneliest Number

You, my friend, are a part of the most fantastical illusion the human mind could have never, not in a thousand years, have imagined.

And Numerology has a way of punching right through that.

Consider this: The degree to which you are separated from the world and the people around you is absolute.

You are a single entity shared by no one. No matter how great another person's love for you is, he or she can never merge with you.

Make no mistake, Romeo and Juliette died separate deaths just as they lived separate lives. It's no different for you; you live alone and you die alone. And yet, how incredible is this creation that it made you a part of it -- inseparable and eternal -- beyond the realms of life and death, and equal to the greatest and the smallest of creation.

One way or another, you exist until the end of time.

Well look at that, a few days of breathing in the pollution of Mumbai and Bangalore, and this is what I come up with?

I am sitting on the balcony of my hotel looking down at the crazy traffic and the thousands of people down there moving around like ants on adrenaline.

Taxis and rickshaws cutting and slicing each other; buses fighting for space with scooters and pedestrians in a death-defying game of chicken; intersections packed so tight even the fumes have a hard time getting away. (Note to game-designer buddy: Develop a game wherein the player can choose a vehicle of his choice and drive from the Taj Mahal hotel to the airport in Mumbai in the shortest possible time and with the lowest number of fatal casualties, and call it Mumbai Traffic Death Collector -- MTDC for short.)

The amazing thing though, is that after spending a total of, say, 20 or 30 hours in rickshaws and dinky little taxis, I have yet to see anyone get mad. They honk continuously, weave in and out of lanes (there aren't any actually, it's just a manner of speech), cut and u-turn right into oncoming traffic, squeeze with blind determination through a crowd of people crossing the street, and no one gets mad.

In the U.S. of A, the same traffic conditions would cause yelling and screaming and flipping birds and violent incidents of road rage every two seconds. Here, in the land of Hindus and Buddhists and Muslims, and one or two Christians, not a single middle finger is raised in anger anywhere.

But the thing that amazes me most, as it did on my first two visits to India 30+ years ago, is the sheer quantity of people. Every one of them living a life, dreaming dreams, hoping for this or that change, feeling lonely or happy or sad, praying to a god or a deity or a dead ancestor or whatever.

As a middle-aged white man of dubious social standing -- expensive shoes, but a cheap t-shirt, longish, unkept hair kept in place more or less by a pair of Armani sunglasses (knock-offs, I would guess), a quality backpack possibly containing a laptop, walking instead of driving around in an air-conditioned cab -- I know I'm a bag of confusion to the average curious Indian. I can see it in their eyes, a lot of them, everywhere I look I see those inquisitive eyes.

And I am no less curious, which is saying a lot. What kind of life does my rickshaw driver live? What about the shopkeeper who just managed to sell me a shirt I don't need?

In the end, I guess it all comes down to our comfort zones.

Look at it this way. (Sitting here on my balcony I have just released myself from the bondage of logical story lines and other limitations, preferring to just ramble on as I feel like it.)

As I was saying, it's like this: Soon after your mom and dad had their moment of bliss and togetherness, you came into existence, settling comfortably in your first comfort zone: your mother's womb, where you were safe and everything you needed was delivered before you even knew you needed it.

Then, one terribly frightening day, there you were, hanging upside down and getting slapped on your butt. Your lungs sucked in air and off you went, like a WWII siren. Enter, your next comfort zone: your mother's loving arms, her generous breasts, your dad's protective presence, perhaps a couple of siblings.

So far so good, and pretty much the same for all of us, Indian, German, American, Eskimo, whatever.

After a few months though, your world expands. Food other than breast milk, neighbors and relatives squeezing your cheeks and poking your belly, and so on.

Now, the comfort zone of a baby in Holland, for example, differs from one in India. Different food, different sense of humor, different form of cuddling, different wallpaper, different toys, different language, and so forth. And the older you get the more different your comfort zone becomes from that of another baby born 10,000 miles away.

And that's basically all there is to it. The Indian guy crossing the intersection below yapping on his cell phone, oblivious to the traffic swirling around him, is just like me. Heck, it could be me. The old lady pushing an even older man in what goes for a wheelchair around here, that's me. No difference. Other than, of course, this absolute and total separation. I could never be her and she could never be me. Yet we are the same.

Nothing can exist, not even that ludicrous deficit, if it weren't for the number 1. Take the 1 out of the equation and the whole cosmos, like a house of cards, comes crashing down.

And yet, without you, nothing could exist. That's right, without insignificant little you, nothing would be the same -- or even be! You are as crucial to this creation as all the rest of mankind combined. Because you, too, are 1.

Once upon a time I came up with a clever statement.

In a space of infinite dimensions every point is the absolute center. You are such a point.

This, the importance of you as a single entity, complete and whole and separate from everything else, is like that. Without you nothing could exist, and ye,t the space you occupy is so small in comparison to the rest of the cosmos, taking yourself seriously could be considered an act of lunacy.

We are all equally important and equally insignificant; rich or poor, educated or not, young or old, happy or sad, American or Indian, there's no difference whatsoever. Just manifestations of magic, of life, of what is so perfectly symbolized with the number 1 -- all of us in our own little comfort zones.

My world, your world, they are illusions. And tomorrow ... poof, they'll be gone. Back to wherever we came from. The point is, we all started in the same comfort zone, a mother's womb, each of us a number 1, each of us representing the essence of this creation.

Without you, everything would be different.