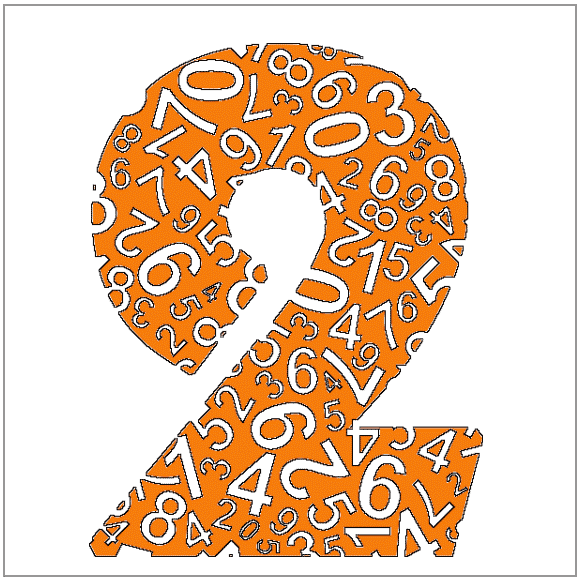 People with a Sun Number 2 take a careful and deliberate approach to changes.

Weighing the pros and the cons, 2s consider future consequences, then, and only then, they make their moves. 2 personalities tend to avoid direct confrontations, preferring instead to apply tact and diplomacy. They have no trouble drawing support from others, and share their troubles and their successes easily.

Sun Number 2s are intuitive and often sense changes before they become evident.

Understanding of human nature and a cunning intellect generally serves this number well. But if not careful, it is this trait that could easily tempt a 2 into conning others into doing things they later regret.

2s have a good sense of timing, which is a key survival skill. However, they often surrender to the inevitable quickly and sometimes allow themselves to be beaten down without much of a fight.

But a 2's strength is resilient and they will quickly rise again. Sun Number 2s are sympathetic to the plight of others, but if tempted, they can easily fall prey to selfish and greedy tendencies.

When it comes to love, the 2 Sun Number is a highly intuitive, sensitive and romantic partner who should be handled with kid's gloves.

The 2 is emotionally vulnerable in general, but especially in romance. The 2 looks right through anything that is not sincere and genuine, so playing games with a 2 will get you in hot water.

At the same time, while typically against confrontation (preferring diplomacy and tact over the in-your-face approach), the 2 has a hard edge as well -- one that allows it to take a stand and not budge toward a compromise.

The 2 Sun Number is highly sensual and tends to put his or her partner first. Not particularly passionate, the 2 still knows how to please -- and how to be pleased.

Always keep in mind that the 2 is fragile, and if you break it, you will have to deal with some dangerously sharp fragments.

The Meaning of the Sun Numbers