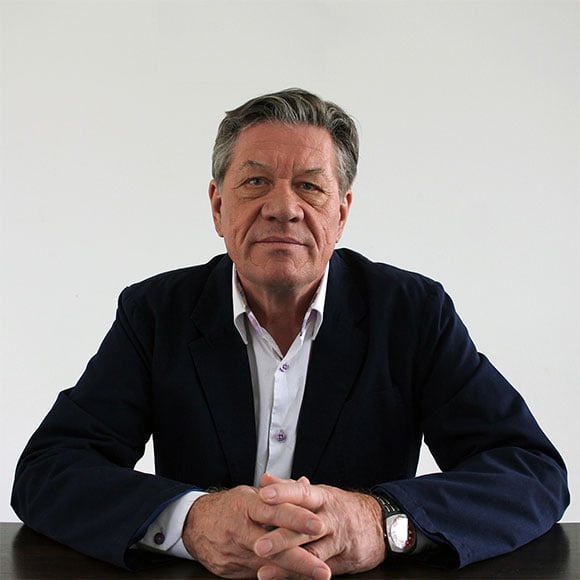 Hans Decoz was born in Amsterdam, the Netherlands in 1949.

Art and math were his early interests, as they continue to be today. In 1969, looking for a book on mathematics in a secondhand bookshop, Hans noticed a worn book on the science of Numerology and was immediately intrigued.

During the following years, he studied the subject of numerology extensively, using it to better understand his friends and interpret events on the universal and personal plane.

Only after he had overcome his intense skepticism was he able to understand the practice as another example of the patterns, unity, and coherence of the universe.

In 1981, Hans began practicing numerology professionally in Houston, Texas. By then he had a deep understanding of the science and what it suggests about life itself. Hans soon had a burgeoning practice, consulting with a broad stratum of Houston residents.

Numerology in the Digital Age

In 1982, Hans developed the renowned DecozChart, a numerology charting system which artistically displays every number and cycle in an individual’s profile. A software version was created in 1987. The Chart’s beautifully designed layout is placed on a single page, visually capturing the many cycles an individual experiences during any 50-year period. The DecozCharting system is used by professional numerologists worldwide.

In 1984, Hans bought one of the first desktop computers, a Macintosh, and began working on a numerology software program that would produce a complete numerology report based on his in-depth personal readings.

Hans devoted three years to write the hundreds of text files that populate the Decoz Desktop Software. Released in 1987, it was the first numerology software program capable of calculating a truly comprehensive individual report. The Personality Profile and Yearly Forecast were the first reports released in this format. 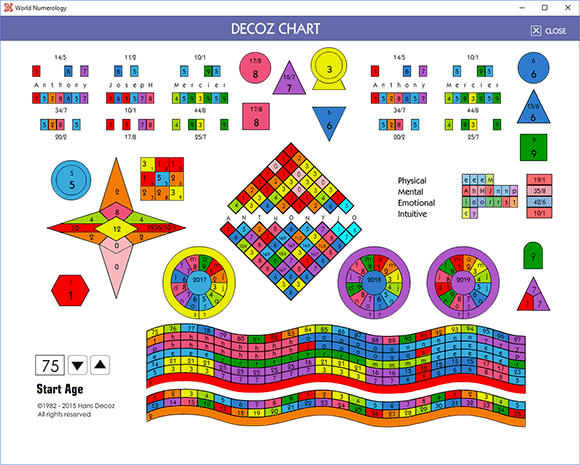 Over the following 10 years, Decoz continued to work on other report types, writing text files and creating the algorithms for the Numerology Relationship Compatibility reports, Talent Profile, Name Analyzer, Inner Reflection Reading, the Diamond, and several others.

Reports produced with the Decoz Numerology Master Program are available from numerous web sites, as well as hundreds of individual practitioners. However, Hans’ dramatically upgraded “Next Generation” numerology reports are only available through the World Numerology Collection. In addition, certain individual reports can be purchased here, as well as tarot.com and numerology.com.

In 2013, Hans partnered with World Numerology to create an app that allows instant access to personal reports on any device; an extended daily number forecast, unlimited relationship compatibility reports, and many other tools. He proceeded to raise the bar significantly by adding additional chapters to his earlier reports.

His latest work incorporates the way each number influences and affects the others. This has never been done before, and is unique to the World Numerology app.

After three years in development, the World Numerology Collection was launched in March 2016.

We hope you will enjoy Hans Decoz' next generation profiles, crafted with insight, skill, and a sincere desire to bring you the most in-depth readings possible. We wish you well on your journey. 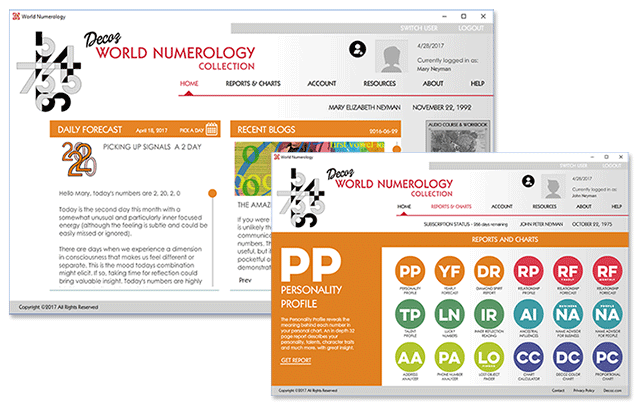 The home and readings page in the app showing all 18 readings and charts included. 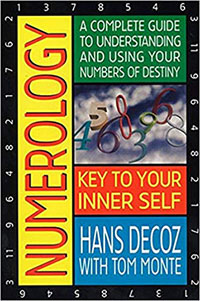 Hans Decoz is the author of "Numerology; Key To Your Inner Self: A Complete Guide to Understanding and Using Your Numbers of Destiny", published in 1994 by Avery Publishing (now Pedigee). It has been translated in Russian, French, German, Dutch, Spanish, and Mandarin. A Japanese version should be available soon.

Ever notice how some numbers seem to follow us throughout the course of our lives?

Consider the numbers we choose when buying a lotto ticket--birth dates, anniversaries, ages, and addresses as well as other hopefully lucky numbers. They each have some personal meaning.

Through the centuries, numerologists have been studying the significance of  numbers and perfecting their art in the belief that numbers strongly influence both our behavior and our fate. They have learned that by understanding the meaning of numbers, we can gain greater insight into ourselves.

Find the English version on amazon 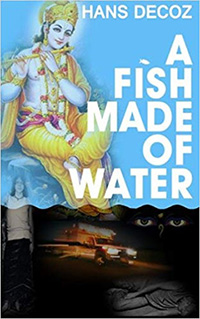 A Fish Made of Water follows Johan, an abused child and suicidal heroin addict born and raised in Amsterdam, from the black hole of addiction to the edge of enlightenment with the help of Daenko, an eccentric Physicist living in an abandoned bakery.

Daenko's mysterious poems and unusual explanations of the cosmos and evolution, awaken in Johan a new appreciation for life. Guided by Daenko's stories, in particular one in which Lao Tzu and Albert Einstein share a meal, and several revealing dreams, Johan's childhood quest for the Holy Grail is revived.

When Daenko's true identity is finally revealed, the story turns on its head, exposing not only the real Daenko, but also the real Johan. It is at this point that Johan's quest for the Holy Grail takes a different turn, and is satisfied in a surprising turn of events.

A Fish Made of Water is part autobiography, part fiction. Johan's experience of the unseen world, however, is real.

Find it on amazon 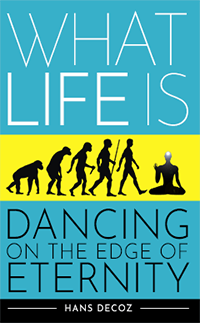 When it comes to the subject of Life, we seem to have a blind spot.

Throughout the ages, the question of what Life is has been asked and answered a thousand times and invariably both the question and the answer center on Life’s attributes: what it does, where it came from, what created it, what its meaning is.

What you won't find is the answer telling you what Life is.We seem unable to consider Life as a presence in and of itself, independent from life forms and outside the context of alive versus dead.When you die everything that was enclosed by your skin is still there, except Life. Life has left you. But what is that thing called Life? What is it made of?

Does Life have particles? If it did, wouldn’t science have found them by now? Is it energy? If it is, wouldn’t scientists be manipulating it? Why have we not been able to capture or isolate it?

What Life Is; Dancing on the Edge of Eternity, is not an intellectual or philosophical argument, nor does it promote a religious platform. It touches the subject of Life unlike any other text, exploring the most essential question we can ask. The answer it offers is life-changing and may surprise you.

Find it on amazon

NOTE: We do not share your email address or personal data with anyone. Learn more...