The Numerology of India

Vedic Numerology is popular in India 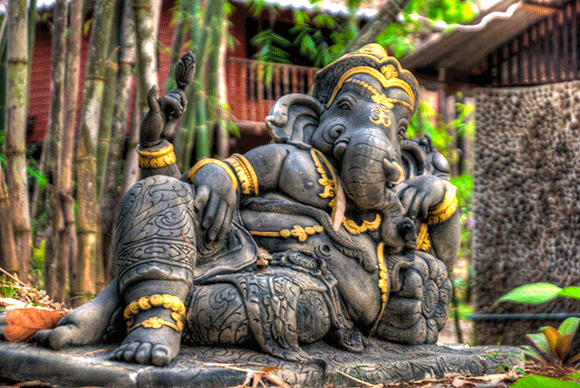 The republic of India was formed on Jan. 26, 1960, and while the date is neither favorable nor unfavorable, it does tell us a
lot about the country of India, its people, its history and its future.

With the 6 as its most important number, the sense of community and the importance of family is this country's foremost priority. The 6 is also known for being a particularly harmonious number. Even in a country as crowded as India, the level of crime is one of the lowest in the world. There are numerous accounts where crowds of hundreds of thousands moving about in complete harmony, without any significant police force in sight.

To find the particular challenges this country faces, look at the "gaps" between the numbers 1, 8 and 6. The difference between 1 and 8 is 7, which shows that spirituality is both a source of pride and an obstacle to its growth. This is not to say that there is anything wrong with India's spiritual essence, which saturates every aspect of life there, it simply means that it keeps India's future on a leash. Of all the organized religions in the world, Hinduism is most focused on peace, wisdom, self-sacrifice in search of enlightenment, the innate logic of reincarnation, and its influence on culture and the arts. And yet, it is also rich in the kind of dogmas and concepts that can cripple a country; India's class system being a prime example of that.

The difference between 8 and 6 is 2, the number of diplomacy, sensitivity, intuition and feminine wisdom -- seen in the power and influence of India's women, as well as its tendency to deal with issues with tact and sympathy, not confrontation. After all, this is Mahatma Gandhi's land. And yet, this country's society also thrives on pride and arrogance, and has difficulty overcoming its racist and class-oriented past. There is an unhealthy focus on wealth, and one of the world's largest gaps between the "haves" and the "have-nots" (the world's most expensive residence, a 27-story, 1 billion dollar unjustifiable monstrosity, built only blocks away from shacks, filth and starvation). One of those undeniable contradictions, a country known for its elevated spiritual wealth and its huge number of people who devote their lives in search of enlightenment (a hundred Saddhus are born in the East for every single monk born in the West), also produces a large number of people who kneel only for the almighty rupee.

Finally, deeper calculations of India's formation date also reveal a multitude of 5s. This recurrence of 5s shows that freedom, obviously, is important to the people of India and has also been a great challenge. Read India's history and this becomes quite clear. However, there are other qualities to the 5 that reverberate throughout India's history and culture: adaptability, flexibility, and the 5's most important trait -- pure dynamic energy. Anyone who has travelled India while avoiding the tourist routes knows India equals chaos; the result of 5 energy without discipline. You also recognize its lack of adaptability and its inflexible attitude towards tradition, even when those traditions are clearly undesirable. At the same time, there is a strong "live and let live" mindset, an acceptance of unconventional ideas and lifestyles, and the kind of tolerance that is rare in most other parts of the world. Americans pride themselves on their "freedom." Truth is, the American concept of freedom has a lot to learn from the enlightened tolerance and freedom common in India. The many attributes of the 5, positive and negative, are perhaps as dominant in India's society as those of the 6.

And then there is the 7 ... again! The number of wisdom and spiritual growth, this time representing a Pinnacle, points out India's future, its lifeline and its salvation. It is no coincidence that so many westerners look to India for insight and inspiration. While there is no dollar amount that could possibly be attached to it, spirituality has arguably always been, and always will be, India's greatest asset and most important export.