NUMEROLOGY:
YOUR NAME IS NOT AN ACCIDENT 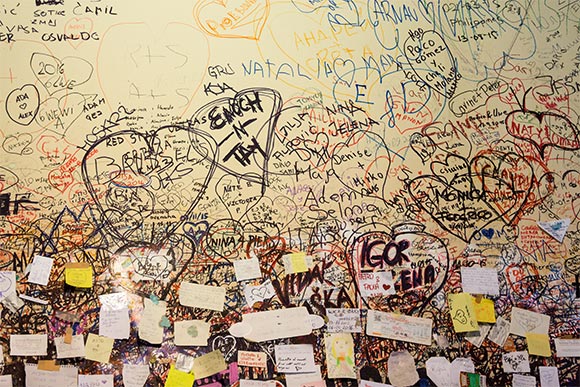 How can a name say anything about a person - isn't it kind of arbitrary?

Every metaphysical science, including numerology, is about recognizing the hidden relationships between the visible and the invisible, the obvious and the obscure, matter and energy.

Nothing stands alone in this universe. Everything is connected to everything else. It is simply a matter of following a thread. Sometimes the connections are obvious. Sometimes they are not.

Your Name Reveals Who You Are

The concept that the name you were given at birth can reveal a great deal about your personality, likes and dislikes, your talents and weaknesses may sound strange on the surface, but a closer look offers a different picture.

On our web site, you will find one of my favorite subjects Language and Numbers. It talks about the "coincidental" relationships between common words and the things they represent. Take a word and analyze it as you would a person's name. For example, look at the words river and tree.

Try It With Common Words

River has a Heart's Desire of 5, meaning movement, freedom, dynamism, and change. Its Personality number is 22, revealing that it is one of the most powerful forces in nature, slicing through obstacles. The 9 Expression means it gives of itself for the well-being of all.

Tree provides a wonderful array of numbers, beginning with its 1 Heart's Desire suggesting independence and a strong will to survive - the tree's upright form even looks like a 1. Its Personality number, 11, shows its spiritual nature reaching toward heaven and its inspirational influence to all. With a 3 Expression, tree symbolizes the ability to communicate both its spiritual power and beauty.

The Birth Of Language

When people first began using words - sounds I should say - they were perhaps just guttural noise used to warn each other of approaching danger. Or picture a Neanderthal using smacking sounds to show appreciation for the chunk of meat he’s chomping on. Or soft moaning sounds to express desire for a mate. What these sounds had in common is their suitability to the occasion.

Even at this early stage in our evolution, we had enough intuition and sense of emotional impact to apply the obvious sound to an event.

From there we evolved, very slowly, becoming capable of expressing more detail (finesse?). In the beginning, there was only one sound used to warn the tribe that danger was approaching.

Next, we developed two distinctly different sounds for the same purpose, to warn of danger. But one was used for mammoths, another for bears. Et voila. The birth of language.

Even in those early days when Neanderthals roamed the earth and Homo Sapiens were the future, we had the intuitive connection down well. We didn't use soft smacking sounds when we were about to be overrun by a herd of big hairy elephants, and we didn't scream in pure panic when we wanted to express warm and fuzzy feelings. (Although I have known some people ....... well, better save that for another time.)

Today, the same intuitive understanding, albeit more developed and fine-tuned, applies when we name a child or assign a word to a newly invented object, pet, or business. But can names – especially names given at birth before we even “know” the child – really reflect who they are?

After all, if it’s just a matter of intuition, we will probably screw it up quite often. But in my 40+ years of research and thousands of personal consultations, I have come to believe we could not mess it up if we tried.

Parents know the child even before realizing they are pregnant, and their intuitive connection is palpable. Even when I hear stories about misspellings, last minute changes, and so forth, I consider them to be final touches to ensure the child receives the proper name.

Some people don't like their names and never use them, choosing another later in life. Still, the magic works. (A careful analysis will often reveal the source of this dislike,)

But even after a name change, the birth name - just as it was given – will remain the most important name in your chart, revealing your personality, deepest desires, talents, and challenges. This continues to surprise and astonish me, even after all these years.

To read your personal 8-page reading, download the app below for instant access to your reading (it’s free).