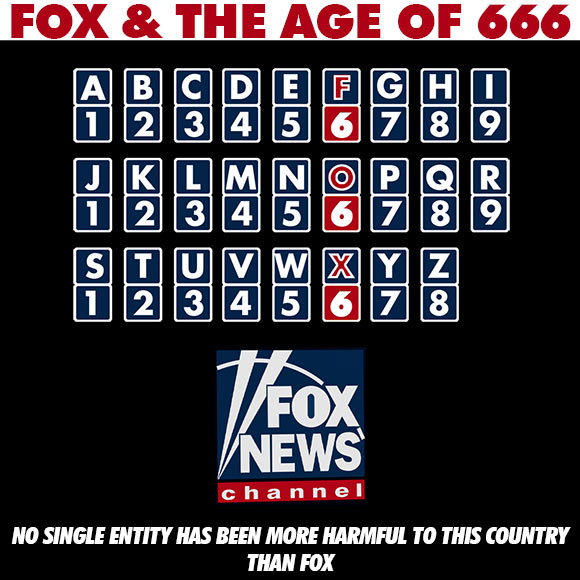 Numerology and the Age of 666

The message of 666 depicted in the Bible's Book of Revelation, chillingly echoes one of America’s largest broadcasting corporations.

And the symbolism was always there to warn us.

Allow me to explain. Numerology assigns a value to each letter: the A is 1, the B a 2, and so on up to the ninth letter, where it starts over with 1 for J, 2 for K, etc. Following this method, we find three letters with a value of 6: F - O - X.

The number 666 translates to FOX and only to FOX. No other English word deciphers to 666.

Symbols are everywhere; they are the links that connect the visible and the invisible, the known and the unknown, the obvious and obscure. We have communicated through symbols since the beginning of human interaction. Pictograms, more than 44,000 years old were found in an Indonesian cave in 2017.

Letters and numbers are symbols. Scientists use symbols to define chemical compounds, complex mathematics, physics. Traffic signs are symbols, the stamps in your passport – just about everywhere you look you’ll find symbols.

The connection between a symbol and its meaning is usually obvious, but occasionally obscure. The symbolic meaning behind 666, although illuminating, needs decoding.

Launched in 1996, FOX News took a hardline, right-wing approach to newscasting right from the start, frequently fabricating information for the sole purpose of pushing the country further to the right. FOX cannot, by any stretch, be considered an objective news source; it is the forefather of Fake News.

PolitiFact, one of the nation’s top independent fact checking sites, rates FOX as follows: True 10%, Mostly True 12%, Half True 19%, Mostly False 21%, False 29%, and Pants on Fire 9%. In other words, 4 out of every 5 statements made by newscasters and guests at FOX are misleading or untrue.

Over the years, this constant barrage of blatant inaccuracies and calculated lies has contributed to millions of people being acutely misinformed. A recent poll by the Farleigh Dickinson University states Fox News has the least-informed national audience - even compared to those who do not watch news at all.

Spoon-fed by the Beast

Many in power today grew strong and fat feeding on the milk of this beast. The lack of empathy, compassion, and care of our current administration is appalling. Prioritizing profit before human rights, social justice, and our declining ecosystem - and rolling back years of hard fought work for racial equality - Fox has been the mouthpiece for corporate greed and white supremacy.

The damage done by right-wing propaganda cannot be overstated. From downplaying the coronavirus, degrading people of color, women, and LGBTQ+ for addressing discrimination, to taking the side of white supremacists over peaceful BLM protesters, FOX continues to willfully tear apart the fabric of this country.

This is a dreadful, but promising time (see our 2020 global forecast), that won’t magically self-correct. We must all play a part. We can start by educating ourselves about our own complicity. Read, ask questions. Find a credible news source with in-depth reporting (chart below) . Use social networking and local organizations to stay engaged, support groups doing on-the-street action. Speak up. It has never been easier to be an active part of needed change. 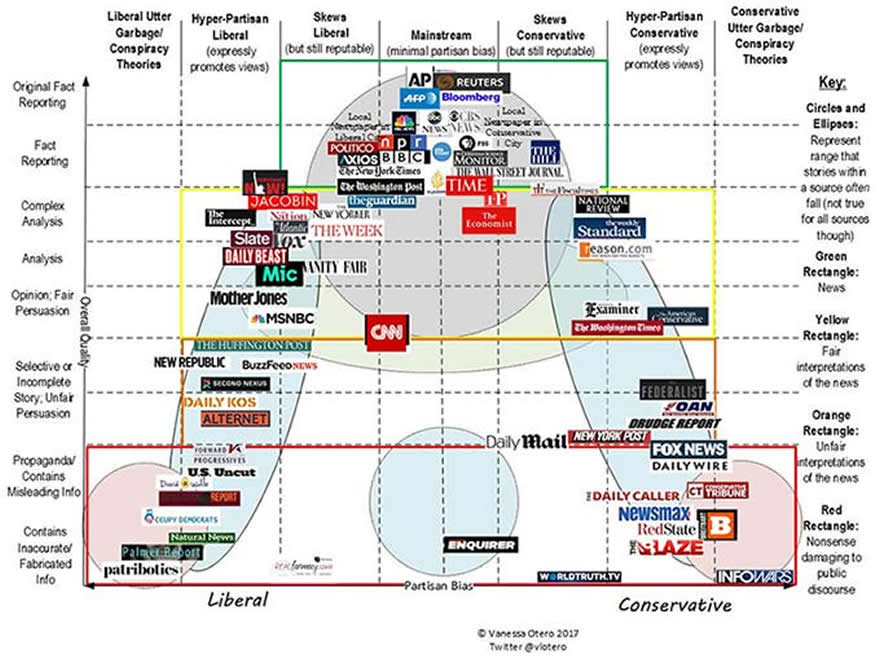