When is a letter a vowel or a consonant in numerology, and why does it matter?

To linguists, a letter is labeled a vowel when either 1) The letter is spoken without any restriction of the vocal cord, and/or 2) the letter produces the "peak" sound of a syllable. Some letters can be a vowel in one word or name, and a consonant in another. 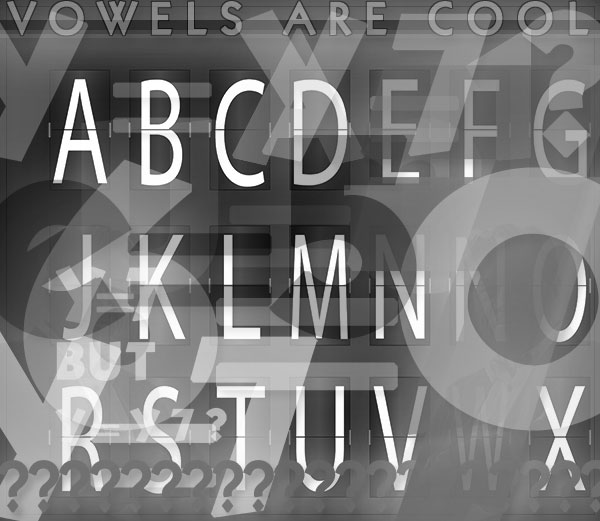 If you have a Y in your name and want to know if it's a vowel or a consonant, go here... , then enter your name and it will tell you.

For example, in the word "syllable," the letter "Y" can be a vowel because it fills not just one but both requirements -- it's the peak sound in the syllable and it's pronounced without any vocal restriction.

Yet other times, such as is the case with the word "yes," the letter "y" should be considered a consonant. Similarly, there are consonants that, when found in certain words, sound like vowels, but are considered consonants, such as the "W" in "weather" or "warm." In both cases, the pronunciation of the "w" does not cause any restriction of the vocal cord, and should therefore be judged a vowel, yet it is not. All in all, it can get pretty confusing.

In Numerology, there are a few letters than can be either a vowel or a consonant, like the "Y" and, on rare occasions, the "W," although few Numerologists consider the "W" a vowel under any circumstances. In Numerology, the "Y" is always a consonant when it is next to a vowel and both are part of the same syllable.

There are occasions when both vowel and consonant could apply, depending on whether you look at it from a linguistic or numerological perspective. Like in the name "Yolanda," where the first letter is pronounced without restricting the vocal cord (although it does not create a peak sound in the syllable, the letter "o" is responsible for that), making it a vowel. In Numerology, the most important factor considered is whether or not it produces the peak sound. Again, since the "Y" is found next to a vowel and that vowel is part of the same syllable, the letter "Y" should be designated a consonant.