Numerology and The letter Y 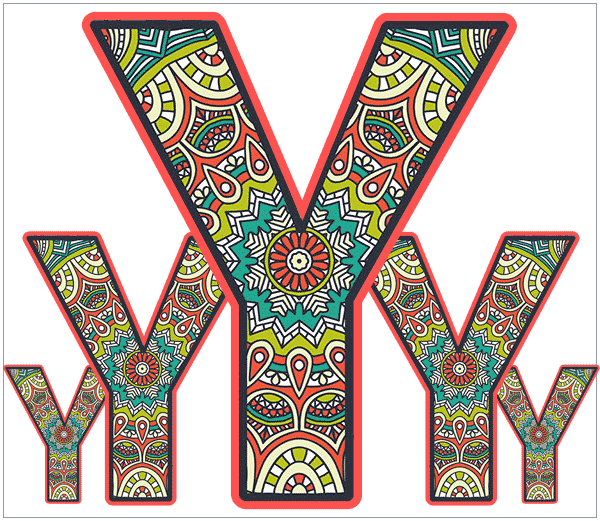 In numerology, the letter Y can be a vowel or a consonant.

If you have a Y in your first, middle, or last name, enter it below to learn if it's a vowel or a consonant.

Our Online numerology software allows you to force consonant or vowel status on a Y or a W by typing a hashtag (# for consonant) or asterisk (* for vowel) next to it. For example, if you feel the W in OTTAWA should be a vowel, enter OTTAW*A. If you want the Y in Lynn to be handled as a consonant, type Ly#nn.

There are other letters that have an ambivalent nature, such as the letter W, but we don't assign it a vowel status.

Note that vowels are pronounced with free-flowing breath: Aaaaaaaa; Eeeeeeee; Ooooooo; Iiiiiiiiiiiii and Uuuuuuu. Consonants, on the other hand, have a distinct beginning or end. They are sharply begun or sharply finished. For Example: B, D, K, P, S, T, X, and so on.

There is a distinction in consonants, a harder edge than the soft and flowing vowels.

The vowels reveal the tender you, your love, caring, and vulnerability. Consonants reveal certain of your characteristics that, among other things, shield your more vulnerable side.

Numerology considers all other letters to be consonants, except the letter Y.

When determining if the Y is a vowel or a consonant in your numerology chart, the basic rule is this:

When the letter serves as a vowel, and in fact sounds like one, it is a vowel. The same is true when the Y serves as the only vowel in the syllable.

Examples of both of these cases are such names as Lynn, Yvonne, Mary, Betty, Elly, and Bryan.

However, if the Y does not provide a separate vowel sound, as when it is coupled with another vowel, it is considered a consonant.

In names such as Maloney or Murray, the Y is a consonant, because the vowel sound depends upon the long E in Maloney and the long A in Murray.

Here are the rules broken down more specifically:

***There are exceptions but the above rules cover 99%.

In Sydney, the first Y is a vowel, the second Y is a consonant.

In Billy, Sylvia, Missy, Kyle, Blythe, Sylvester, and Katy, the Y is a vowel

In Kay, Yeltsin, May, and Kuykendahl, the Y is a consonant.

Disclaimer: These rules apply specifically to numerology, they are not viewed the same way in linguistics.