Numerology Forecast; THE NEXT 9 YEARS

“…Individuals, businesses, and governments will find it difficult, if not impossible, to hide from the vast information systems that are rapidly expanding.” 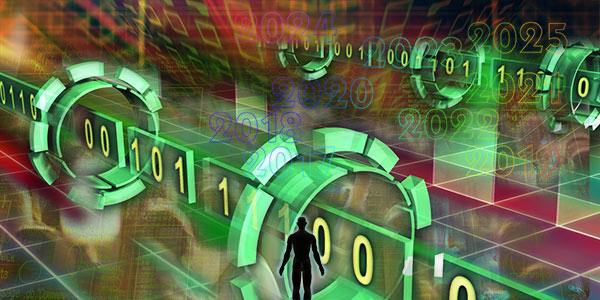 The year 2016 was the end of a 9-year cycle that started in 2008. That year, I wrote a forecast (find it here) about what we might expect from 2008-2016; a cycle that would find polarization and intolerance an increasingly influential component with each passing year, causing political and economic upheaval.

Although those influences were clear to me early on, I underestimated how dominant the issue of division would become. It seems everyone who follows politics in the US and globally, agrees social and political discord is more divisive than ever.

However, we are also witnessing another, albeit more subtle, side to that coin: A shift towards an increasing sense of community, collective awareness, and activism reminiscent of the struggle for women’s suffrage, civil rights, anti-apartheid, the Arab spring… I am hopeful.

The next 9 years will focus on communication and information. It will shine a light on issues around the world in both positive and negative ways. Individuals, businesses, and governments will find it difficult, if not impossible, to hide from the vast information systems that are rapidly expanding.

Complicating matters, the end of 2016 and the beginning of this year brings Fake News to the forefront, making it difficult to decipher what is factual. Fact checking will be essential, addressing privacy issues will be crucial, choosing legitimate news sources will be vital.

THE POWER OF SOCIAL MEDIA

We are witnessing the power of social media, the ability to instantly circulate information on a global scale, and the potential for individuals and grassroots’ organizations to create enormous impact. Just today, I read that the new US Administration released a gag order on several Government agencies, stopping them from making statements or providing documents to the public or journalists.

Hours later, rouge, non-official Twitter accounts (using official Government logos) began tweeting scientific, environmental and other information relative to those agencies. There is no longer a means to limit the transmission of information.

My hope, over the next 9-year cycle, is to see our communication and sharing of information used to create a healthy, inclusive future for this generation and those that follow.