A growing force floats unseen under the surface in search of common ground, of healing and sharing, and it's spreading in unlikely places.

PERSONAL CHOICE IN THE AGE OF INFORMATION CHAOS

After half a dozen false starts, I have decided to just lay it out as I see it without trying to soften the edges. 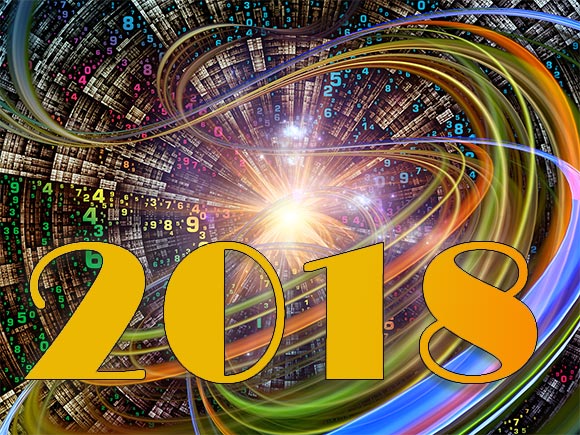 We have witnessed a widening schism in politics, social upheaval, and the economy for some time; it was the dominant factor in the 9-year cycle from 2008 until 2017. Each yearly numerology forecast I wrote during that period centered around those issues. The following nine-year cycle from 2017 through 2025 doesn’t slow this polarization one bit, but it will be dominated by what could be called “the information chaos.”

Two hundred years ago, information came to a person sparingly, a bit of gossip one day, a note sent by a pigeon, perhaps a two-page “newspaper” once a month. Today, data comes at us like hail in a thunderstorm. We are relentlessly bombarded with information through our devices, written material, television, computers, social media… and to make matters worse, much of it is false. This complicates our ability to accurately comprehend what is happening around us. When facts are not clearly discernable, doubt becomes the only consistency. How do you make choices when you can’t trust the information you receive?

The choices you make today create the world you live in tomorrow. This has always been the case. The challenge now is that things are moving at a dramatically increased speed and often in the dark, as waves of distorted data make it difficult to see with any kind of clarity. When life moves this fast, crashes are exponentially more damaging. To put it in a nutshell: At a time when personal choices carry heavier consequences than ever, our ability to separate good information from bad has been severely hampered.

Changes tend to have a perceptible footprint - there is a build up, then the event, followed by a period of stabilization. Sometimes a change happens so quickly or dramatically it feels sudden and unexpected. While such changes may appear to come out of nowhere, they have a backstory. We just weren’t watching. This coming year, we will see quite a few of those, following each other so rapidly it will be difficult to keep track. Fact is, there are few countries, institutions, financial markets, or political establishments that will not see significant upheaval.

To help you prepare, let’s take a look at the numbers - those that effect the global community as well as your personal cycles.

A Numerology Analysis of the Numbers for 2018

Numbers at the top reflect a positive influence, those at the bottom reveal challenges. The sum, 11/2, gives us an overview.

With the sensitive, finely-tuned, emotionally-conscious 11 behind the peace-loving 2, you can count on an emotionally charged year touching our hearts more than previous years – even more than 2017, which is saying something.

Passion dominates, this is good when driven by positive forces, not so great when negative powers are at play. Most importantly, no one gets to sit on the sideline without being affected by the changing times. With a 4 at the top and a 5 at the bottom, chaos rules. We are riding a speeding train on a rickety track. Just about anything you can imagine could happen, and probably will.

The voices of greed, selfishness, fear, and separation will get louder and louder. But we will also see a surge in our desire to learn, to advance, to overcome, to grow, connect, and rectify. A growing force floats unseen under the surface in search of common ground, of healing and sharing, spreading in unlikely places.

2018 continues this long spiral of grueling extremes, further dividing us into those led by the heart and those led by the mind. This struggle will be felt in our individual lives, as well as nationally and globally.

No part of the planet will escape the turbulent effect of a year driven by passion and confusion. But, where some parts of the world will see great upheaval, others will see improvement and progress. It will be a year of opposites, with waves of goodwill, promise, peace, and prosperity, as well as rapid downfalls, disasters, storms of human-created misery, war, and famine.

Uprisings across the globe will become more frequent, as social media exposes the differences between political systems, and people recognize the power in numbers. Oppressed groups will push harder for change, equality, and basic human rights. In an age where nothing stays hidden for long, it will become clear who is responsible, and where to push.

As a result, we will almost certainly see several high-profile, powerful leaders or parties tumble, in turn causing major changes in their countries, especially those known for oppression and religious intolerance. Unrest in the Middle East grows and spreads to countries currently relatively quiet. In the US, turmoil becomes a daily part of life, bringing more frequent protests and clashes. As a result, the US political status quo is likely to be dramatically altered by the time 2018 has ended.

Natural disasters will continue, some caused by climate change (storms and wildfires), but more often by the instability of the Earth itself (volcanic eruptions, earthquakes), and often in areas long considered stable.

Our financial markets experience a major shake-up, but here too, parts of the planet appear almost immune to the troubles caused elsewhere.

The chaos and turmoil we experience on the surface is essentially a reflection of deeper, somewhat hidden struggle.

Over the past few hundred years, our daily lives have become more complex (compared to a few hundred thousand years before that), especially since the birth of the digital age. There is a contradiction in that. As life on the surface becomes increasingly hectic and chaotic, we are drawn (or forced) to seek answers within, for ourselves and our global community. Obviously, this has always been true. What’s different is the grey areas are disappearing. The intense polarization we see happening around us reflects the polarization happening within us, between the heart and the mind.

THIS IS NOT COMPLICATED. IT IS, HOWEVER, QUITE SUBTLE

When you are faced with a refugee family, or someone in great need, your heart will be drawn to let them in, to feed them, to help. Your mind may tell you that there is no room, they are unlike you, it’s not your problem, someone else will help. The heart is subtle, quiet, open - the mind is loud, and quick to react and judge. Knowing which is which can make or break you.

Our lives are governed by two rulers: Feelings (the realm of the heart), and logic (the mind). Every decision, every action, whether made by an individual, a nation, religion, or political party is based solely on these two driving forces. There is no third influence, no alternative. Something is either dominated by the heart, the mind, or a combination of the two. Both are necessary.

Here’s the clincher: One without the other causes disharmony. Period. The more disproportionate, the greater the disharmony.

ALL THIS SHAKING GOING ON, WHEN REALLY, IT’S ALL ABOUT YOU

Make no mistake; all this chaos is here for you. The underlying, hidden force causing the shake-up is trying to reach you, to help you choose, or perhaps to force you to choose. But the information chaos will bring doubt and confusion to your mind, so where will you turn to make your choices? What’s left that you can trust?

Here’s a helpful hint. If you are listening to sounds and images playing between your ears, it’s your mind, and you can be sure some of the information stored there is inaccurate. So be careful, because the mind can be an ugly beast.

If you are feeling something near the heart area, if it affects you emotionally, if it reminds you of love and empathy, if it makes you feel powerful and helpless at the same time, if the only confusion you experience is that it seems both sad and beautiful, if you feel a need to share it and treasure it, then you should probably also act on it. Because when your heart speaks, it speaks the truth.

This coming year the 11 and the 2 rule. You can be sure the events and the turmoil will touch you deeply - as a witness and perhaps a participant - in a cosmic play of “Can You Tell The Difference.” Play to win, know the difference - the quality of your life depends on it.

In a year which already has a barrage of information (both false and factual) as its most significant influence, January and October peak in this regard. Long hidden facts come to the surface, secrets are revealed, and high-ranking people are exposed.

February, May, June and November are particularly vulnerable to natural disasters, as well as upheaval in the financial markets.

April has its focus on everything about labor - expect strikes or other labor-related unrest.

March and December are centered around the abuse of freedom, nationally and internationally, as well as breakthroughs in bringing freedom to places where there was little previously. Rapid changes and much unrest.