Numerology is a science based on patterns and a hidden, underlying logic.

This statement tends to surprise people, but when you look at the mechanics behind numerology, you recognize an abstract beauty found in few other places. 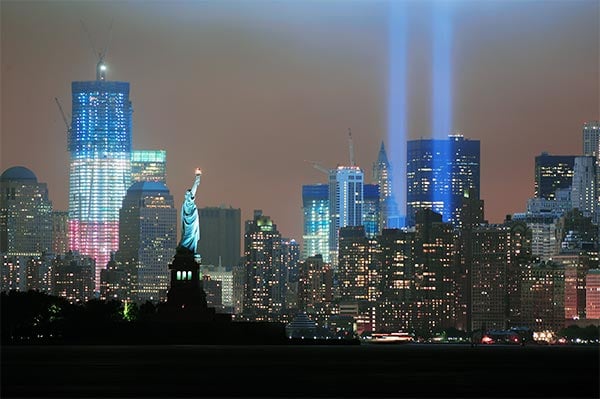 An earlier article I wrote last year talks about the date September 11, 2001, and the number 11, but in this article, I want to focus on the combination 911. Inspired in part by the extreme coincidence of the New York lottery’s drawing on 9/1/2002 (which resulted in a 9, a 1, and another 1).

In light of the events of 9/11/2001, the lottery result (in New York of all places) of 9-1-1 on the evening of the first commemoration of September 11, the selection of 911 as our nationwide emergency number, and an extra-ordinary number of appearances of the 9-1-1 number combination in one form or another over the last several year, this question is certainly valid. It demands a close look at the concept of randomness as well as the specific meaning of the number 911.

Within the philosophy at the foundation of numerology, terms such as coincidence or randomness make no sense. These expressions point to the possibility that events, large or small, can appear out of nowhere, without any connection to anything else. This, of course, is impossible. When we perceive something to be a coincidence, it only reveals a lack of understanding on our part – an inability to backtrack through each preceding event in order to find the pattern that brought us there.

The basis of numerology is that randomness doesn't exist.

Not on any scale and not in any dimension. Not on the scale of molecular activities, not on the scale of colliding stars and planets. Randomness simply does not appear anywhere in the equation. In fact, one can go so far as to state that if randomness existed, there could not exist anything else. Even if – as a result of random events – something would come into existence, it would be there for only a brief moment, after which the random motion of particles would swallow it up. It would be like trying to create a whole number that is not dividable by 1.

The 9 stands for idealism, compassion, healing, sacrifice, and caring for the global community (as opposed to a small local community of family, friends, neighbors, and other tribal members). The number 9 stands for everything noble and decent. It is the Mother Theresa among the single digit numbers. However, like all numbers, there is a dark site to the nine as well. It can be arrogant, self-righteous, and fanatical.

The number 1 stands for individualism, courage, leadership, and ambition. It is the warrior among the nine archetypes. It knows no fear, will not retreat, and doesn’t bend for anyone. It wants to direct and control the actions of others.

Those are the two numbers that make up 911 and their personalities are at opposite ends of the spectrum. The 9 as the Cornerstone of 911 tells me that the message is global and attempts to direct our attention to mankind as a whole, not just a single nation. It warns against fanaticism, and instead asks for tolerance and acceptance. It is not Islam that is at the core of the largest conflict facing us today, nor is it different political systems or other diversities. It is religious fanaticism, narrow-mindedness, and the cold heart of the zealot.

When we add the 9, the 1, and again a 1, we get 11. As the sum of the number 911, the 11 reveals what we are left with when all is said and done. The 11 is one of three double-digit numbers that are considered Master Numbers in numerology (as are the 22 and the 33), and is the most sensitive, feminine, and subtle of all numbers. The 11 in this context tells us that when this conflict has come to pass, the qualities of the 11 are our true reward, in the form of a new era influenced strongly by a global sense of brotherhood and sisterhood, of similarities as opposed to differences, of tact and sensitivity versus brutal force and intolerance. But first, we have some challenges to overcome.

The following numerology chart shows which numbers can be derived from 911, using a simple little numerology technique called the Diamond. The numbers in the upper half of this Diamond are the result of adding the single digits that make up the number 911. The lower half is based on subtracting those single digits. 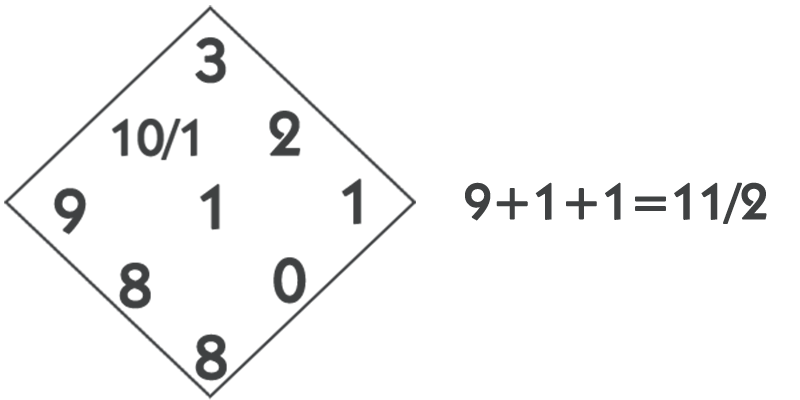 Challenges are represented by the difference between the digits in the number 911. The first Challenge therefore is 9 minus 1 equals 8. The number 8 stands for money, power, authority, and ambition. It is the most materialistic of all numbers. It understands balance, such as effort and reward. As a first Challenge, numerology tells us that we are not using the positive force of the 8, but rather the negative. And that our first order of the day is to recognize and change that. Our material wealth is working against us. Imagine two neighbors; one outrageously rich, the other too poor to feed his children. Occasionally the rich man offers a few crumbs to the poor man. Nonetheless, right or wrong, the poor man would not be human if he did not feel a deep and intense anger and frustration towards his rich neighbor. It would be better if the rich man temporarily set aside his all-consuming desire to become even richer, and instead would focus on helping his poor neighbor become rich as well.

The fact that the 8 appears twice in the lower half of the Diamond in our numerology chart makes this a very important part of overcoming the obstacles on the road to peace. The US must share its wealth. Period. Greed is killing us.

The 0 is unique in numerology, in that it is not recognized as an archetypal personality like the other single digit numbers, but rather takes on the qualities of the 9 when found in a chart. The 0 can only exist as the result of deducting numbers, and therefore always reflects a weakness. As a Challenge, it warns that unless we accept our role as being part of mankind instead of a separate entity (beware of nationalism – there is no more dangerous force, except, perhaps religious zeal), we will not be able to resolve this conflict.

The numbers in the upper half of the Diamond numerology chart show the strengths and abilities that will help us in our struggle. Obviously, the 10/1 shows that leadership will be our strongest asset – if used properly. But also important is the deep understanding typical of the 1, that each human being is unique and invaluable, and that each and every life has to be given the utmost respect. Unless we realize this, unless we feel the same pain and empathy when we witness suffering on the other side of the world as we do when we watch the same despair next door, we will not be deserving of peace as a country or within our own individual hearts.

The 2 as the second number in the top half of the Diamond, represents diplomacy, tact, awareness of other peoples needs and feelings, sensitivity, cooperation, brotherhood/sisterhood, and love. This requires no additional explanations.

The number 3 located in the top of the Diamond is a very different kind of revelation. It tells the numerologist that perhaps the most important asset is our ability to experience joy, creativity and self-expression. When narrow-minded religious fanaticism takes control, joy and happiness are the first to go. Anywhere you look, whenever a dogmatic religion plays a major role, it destroys all the things that give us pleasure; art, music, dance, freedom of speech, books, and so forth. Like a black cloud of spiritual pollution it kills all of us without remorse. The number 3 is the sworn enemy of all things dogmatic and restricting. The number 3 loves to dance, play, joke around. It is the Sunshine number.