The Numerology of September 11

A Tragic Date In History - Analyzed with Numerology 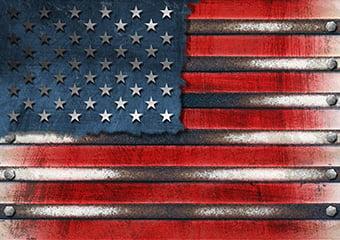 As a Numerologist, I have a tendency to build numerology charts and analyze dates any time something happens

It was a 5 Universal Day (representing freedom, chaos and unexpected events) with a 16 Pinnacle (a karmic number standing for death and rebirth). While this is a combination capable of bringing great havoc, we have had days with a 5 Universal Day number and a 16 Pinnacle before -- days that slipped into history without attracting much attention. However, we have never before had a day containing this exact number sequence: 9-11-2001.

After September 11, many people also recognized the fact that the number 11 seems to appear over and over in relation to the events of that day. For example, the actual day number is 11, the first plane to hit the towers was Flight 11, it had 92 people on board and 9 + 2 = 11, the name "Afghanistan" contains 11 letters and so forth.

But why would the number 11 appear to be so dominant on that day? After all, the number 11 is the least aggressive of all numbers. The 11, like the 2, is a non-confrontational, sensitive and peace-loving number. So it appears to make little sense that the 11 is recognized by so many people in connection with the cold-hearted actions of a relatively small group. But here is the good news: the number 11 does not represent the dark side of September 11, 2001.

To explain what I mean with that, let's talk about a few other numbers for a moment. Over the past 1000 years, the only number that was a guaranteed common denominator among the birth dates of all the people, is the number 1. No matter what day a person was born,the first digit of the year of birth was always a 1; a subtle and underlying energy that slowly but surely pushed us towards learning and understanding the value and uniqueness of each and every individual.

Now, in this new millennium, the only number found in every date is the 2. This reflects a slight change within the forces that carry us forward. The focus shifted ever so slightly from individuality (singularity) to fellowship (association). Numerology has always told us that the new millennium ushers in a global sense of brother/sisterhood. This is the millennium of peace and sharing, because of this shared 2. It is against this backdrop that the events of September 11th took place. And it is against this backdrop that the association with the number 11 makes sense.

The Date Analyzed with Numerology

September 11, 2001. (Those who are familiar with numerology and the way a birth date is analyzed, may recognize that the chart below is slightly different from a standard birth date analysis chart. The method used below is more suitable for events.)

September is the 9th month and is therefore a 9

The 11th day remains an 11 when we add numbers, but is reduced to a 2 when we deduct numbers (the lower part of the chart).

Individually, the numbers tell us very little. They appear in many dates and, although their influence is real, it is in the combination of numbers, the way they are arranged and their relationship with each other, that we can perhaps learn more.

The 16/7 in the top represents the Fallen Tower (see 16/7 Karmic Debt number). It stands on the shoulders of 11 and 14/5. The 11 represents our connection with the Unknown - the spiritual world, the sub-conscious.
The 14/5 is another Karmic Debt number, representing a danger to freedom; chaos and the lack of choice.

The arrangement of the top part of the Diamond reveals a somewhat disturbing picture. But not without promise.

On this day, the soft and gentle 11, the most feminine energy we know, was thrown in with the 14 - a wild and uncontrolled energy with a lot of Karmic baggage relating to past abuses of freedom. The 14 contains anger and frustration (the 4) as well as aggression and brute force (the 1). The 11 and the 14 are discordant; this is not a happy marriage. Out of this relationship comes the 16, which is considered the most difficult of the four Karmic Debt numbers (13, 14, 16, and 19 are considered Karmic numbers in numerology).

The 16 represents death and rebirth. Numerologists compare the 16 with the Fallen Tower card in Tarot. It represents sudden disaster. However, the 16 also represents a great spiritual awakening as a direct result of a disaster. Symbolically speaking, the tower prevents us from seeing the light. It is an obstacle on our path. This is where the promise of the 16 is found. It is rebirth. It is an awakening.

The lower part of the Diamond reveals what is being asked from us. The challenges to which we have to rise.

The number 7 represents a different kind of spiritual force than the 11. The 11 deals with the mysterious powers that are around us; mysterious events, psychic powers, intuition, and so forth. The 7, at its core, is purely the search for God. The 7 represents the energy that drives us towards our Maker. But the dark side of the 7 is also what gives birth to the religious fanatics.

As a Challenge, the 7 demands from us a spiritual courage that directs us to a place inside of ourselves. Not on books, not on scriptures, not on dogmas, not on believes, not on blind faith, not on concepts, not on anything the mind can fathom. It requires us to surrender all of our religious luggage at the gate, so that all that is left is who you are - naked. Then you will be able to enter. In my opinion, the 7 as the first Challenge, asks us to look at our relationship with religion in this country. Perhaps we could be less heavy-handed and more tolerant. Perhaps somewhat less self-righteous and more understanding. Less dogmatic and more sincere. You do the math.

The 1 found as the second Challenge points towards leadership.

Again, most interesting is the number at the top or bottom of the chart. The number 6 is like a final promise and a final challenge at the same time. It represents love, compassion, and sacrifice. The 6 is family, community, togetherness, taking care of each other, teaching the young, healing the sick, comforting the old. The most harmonious of all numbers, the 6 at the tip of the Diamond tells me that in the end, all will be well. Mankind is like a big, big family. One day soon, six degrees - even a hundred degrees - of separation will mean nothing anymore.