Numerology and The 2017 Solar Eclipse

The Solar Eclipse - By the Numbers

The solar eclipse on August 21, 2017 is right around the corner and numerology enthusiasts have written numerous articles about the event. 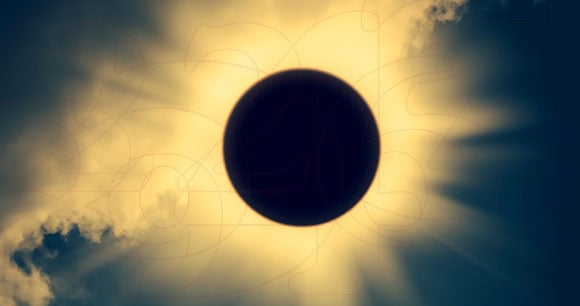 Most seem to point to upheaval and a turning of the tide (for Trump in particular). As a professional numerologist, I thought I would throw in my two cents worth.

A few decades ago I worked as a numerologist side by side with an astrologer, a tarot reader, and a palm reader for a few years. It was an excellent learning experience, and showed that two or more readers consulting the same person - independently and using different techniques – usually came to similar conclusions. This is how it should be, assuming the practitioners are skilled; the readers view an individual from different angles, but they are analyzing the same person. Similarly, if there is something noteworthy about a date, the synopsis should be similar for both astrology and numerology.

The numerology of August 21, 2017 offers up the following numbers

1 Universal Year, 9 Universal Month, 3 Universal Day. (More about the calculation method behind these numbers, can be found below.) This is a hard driving, aggressive year, uncompromising and exceedingly dynamic (the 1), not unlike a bull in a China shop (see my 2017 numerology forecast ). August 2017 is ruled by the 9 telling us the yearly cycle is moving toward finality, a kind of “ end of the line” feeling. We’re due for a transformation. The entire month of August could feel like the end of a long day, leaving patience and optimism low, and our frustration mounting.

As a 3 Universal Day, the 21st of August combines the need to express and be heard, with a lack of discipline and focus. When chaos and creativity mix it’s like kids playing with chemistry sets. Anything could happen, especially with the yearly and monthly cycles positioned on opposite ends of the numerology spectrum (1 and 9). Aside from the solar eclipse, this could be a day that stands out.

But it’s the next day and the day after when the numbers show a more volatile energy. The 22, a Master number with bipolar tendencies enters the picture the day after the eclipse. The 22 is capable of making big things happen when neighboring numbers are favorable (it’s called the Master Builder), but when support is lacking, the 22 tends to crash spectacularly.

The 22 represents a turn-around for some, a change of focus and direction that raises the bar of their goals and expectations – dreams expand, faith grows stronger, and a willingness to be involved becomes more universal. To many, this is a wake-up call that pulls them from complacency and out of their comfort zones. August 22 will be a day of extremes and it will not go unnoticed.

Enter August 23, smack in the middle of the week and ruled by the 5, representing chaos, dynamic energy, unexpected change, and a lack of control. The 5 brings surprises and favors those who are flexible and adapt quickly. It could be another rowdy day of noise and fist shaking.

Numerology views September 2017 as a pivot point, and the beginning of a time of transition

While these three days stand out, I see the Solar Eclipse as leading us into a time of transition for considerably longer (quite in line with many of the articles written by astrologers). Observing the numbers for September, the hectic pace of changes and upheaval are likely to become more defined and climactic. It will be a month to remember.

September’s events set us on a course we will maintain for eleven months, until early August 2018. It is the beginning of a period when layers are peeled back, and both the beautiful and the ugly are exposed. The solar eclipse on the 21st seems to usher this period in.

The Next Nine Years