For most people, the family name has been carried on through many generations, usually on the father's side. From a numerology perspective, your last name represents a strong connection you have with your ancestors, as well as a similar spiritual path. After all, your Spiritual Transit is taken from your last name. In other words, when you have your last name in common with others, your spiritual path also develops along similar lines. However, the level and intensity of spiritual experiences is very personal, and it cannot possibly be compared with that of someone else. 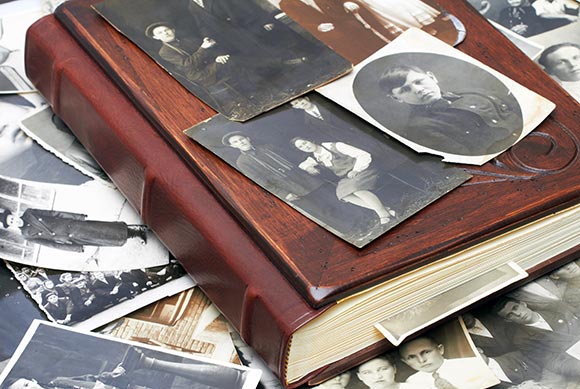 For example, Thomas John Hancock and his father, grandfather, great-grandfather, and so on, are all identified by the name Hancock. The numerology charts of each of them show an "O" Spiritual Transit from age seventeen through twenty-two, forty-five through fifty, and seventy-three through seventy-eight. During those times in their lives, they experienced their spiritual evolvement in an emotional way; they were connected to the recognition of beauty, and to the responsibility towards family and community; they had a desire to paint or to otherwise express their feelings; and they had warm, nurturing human relationships. There is a confidence, yet also melancholy and emotional prayer during the "O" Spiritual Transit.

How strong and intensely each of them experienced this probably varied widely, and, even to the close observer, might have made the similarities totally unrecognizable.

Your last name reveals many other generic aspects. Do a numerology chart and contemplate and study your name closely. Does the name have a certain letter or number represented more than once? How does the name read if you look at each number? (FYI - our World Numerology Collection includes an Ancestral Influences feature that allows you to analyze and compart multiple last names in your family. Such as your mother's maiden names, maiden names of your grandmothers, etc.)

The name Hancock reads as follows: An 8, 1, 5, 3, 6, 3, and 2, which total to 28, reduce to 10, and further reduce to 1. The family line on the father's side will likely show a number of financially capable (8 Cornerstone) people, many of whom own their own businesses (1 and 8, as well as two 3's), probably promoting or selling something, and relying heavily on their verbal abilities and sense of humor (3 and 5). Family and responsibility (6 as second vowel) were also a priority. They were often quite aware of the needs and emotional status of others (2, actually an 11, since the K is the eleventh letter of the alphabet).

A numerology reading will explain that, among his ancestors, Tom Hancock may discover some pirates, or otherwise social outcasts, as well, because the name reveals a considerable amount of adventurism (1 and 5), and a lack of conventionality (1, 5, and 3). One thing almost all of them had in common was the desire to do their own thing (the sum of 1, and the letters with values of 8, 3, 5, and 1).

Once you have a good understanding of the numbers, you will enjoy meditating on the name(s) that identified - in different times through history - your ancestors.

For women, it is particularly interesting to note the custom of taking on the husband's last name, and the influence such a sacrifice has on a woman's personal experiences. She — quite literally — surrenders a part of her own identity and her own spiritual path to that of the husband - as her numerology chart with the new name shows. Often, this has a good effect on the relationship. However, when a woman divorces her husband, she should consider returning to her maiden name in order to recoup that part of her personal identity she sacrificed for the marriage.