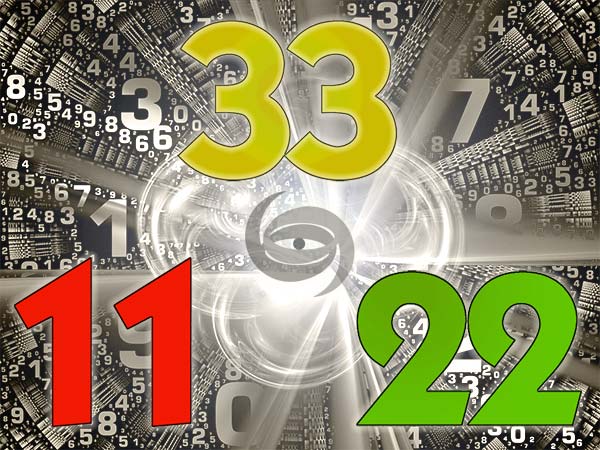 There are three double-digit numbers in numerology that require special emphasis and attention - the 11, 22, and 33.

They are called Master Numbers because they possess more potential than other numbers.

Numerology reduces all compound numbers to single digits, with the exception of Master numbers.

Living up to Master Number potential

In addition to their unique attributes described below, the Master Numbers 11, 22, and 33, share a range of intriguing and powerful influences. They all strain the nervous system and have a “pressure-cooker” effect; the deep-seated and often subconscious recognition that “you are meant to do something special.”

If you have Master numbers in your numerology chart, you will find it quite challenging to "master" the powerful qualities of these numbers. They are highly charged, difficult to handle, and require time, maturity, and effort to integrate into one's personality.

However, they are also rewarding, even if you don’t feel you live up to their potential; they tend to widen your perspective and imagination and expand your potential to aim high.

If you are not sure you have Master Numbers, you can download our app and access the free Chart Calculator - it shows all the numbers in your chart. 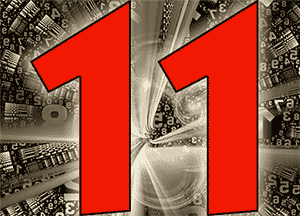 The 11 is the most intuitive of all numbers. It represents illumination; a channel to the subconscious; insight without rational thought; and sensitivity, nervous energy, shyness, and impracticality. It is a dreamer.

Numerology's Master number 11 has all the aspects of the 2, but is considerably enhanced and charged with charisma, leadership, and inspiration. It is a number with inborn duality, which creates dynamism, inner conflict, and other catalysts with its mere presence. A number that, when not focused on a goal beyond itself, can be turned inward to create fear and phobias.

The 11 walks the edge between greatness and self-destruction.

Its potential for growth, stability, and personal power lies in its acceptance of intuitive understanding and spiritual truths. For the 11, peace is not found so much in logic, but in faith. The 11 is the psychic's number.

Learn more about the spiritual influence of the 11 Master number here... 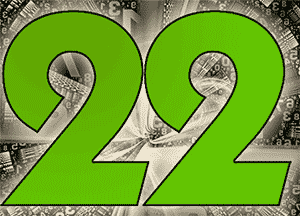 The Master number 22 can turn the most ambitious of dreams into reality, but only when it is supported properly by other numbers in the chart.

The 22 has many of the inspirational insights of the 11, combined with the practicality and methodical nature of the 4, making it unlimited yet disciplined; it sees the archetype and brings it down to earth in a material form. It has big ideas, expansive plans, idealism, leadership, and self-confidence.

If not practical, 22s waste their potential.

Like the 11, the 22 can easily shrink from its own ambition causing difficult interior pressures. Both Master numbers, the 11 and the 22, experience the pressure-cooker effect strongly, particularly at an early age.

Numerology's Master number 22 must work toward the realization of goals that are larger than personal ambition. The 22 serves the world in a practical way.

Learn more about the spiritual influence of the 22 Master number here... 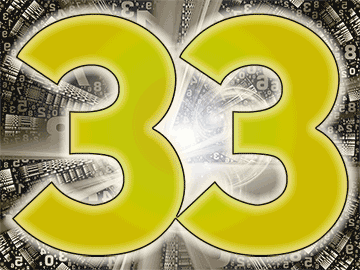 The Master number 33 is considered the Master teacher and the most spiritually evolved of all numbers.

The 33 is the most influential of all numbers; it combines the 11 and the 22, boosting their potential to another level.

When expressed to the fullest, the 33 lacks personal ambition and instead focuses its considerable ability on the spiritual uplifting of humanity. What makes the 33 especially impressive, is its high level of sincere devotion.

The Master number 33 in full force is extremely rare.

Numerology's Master number 33 is only considered and activated when found among the core numbers of your chart: The Life Path, Heart's Desire, Expression, Personality, and Maturity number, or as an Essence cycle or Pinnacle cycle. In all other cases the 33 should be reduced to a 6.

Learn more about the spiritual influence of the 33 Master number here... 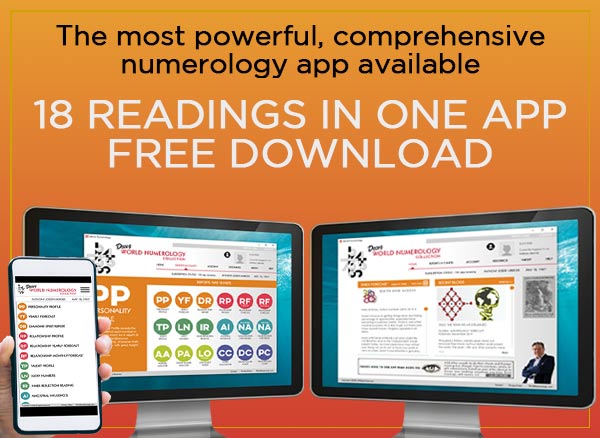 Includes your 8-page Personal Numerology Reading and Daily Forecast. Make one for your friends too!

iPhone/iPad users – iTunes doesn't use promo codes. Install the app on a computer or Android to use our promo code. This will also activate your iPhone/iPad version. If you only have an iPhone click here for discount.