There are two important long-term cycles in Numerology, each fecting us in a slightly different way: the Pinnacle cycles and the Period cycles 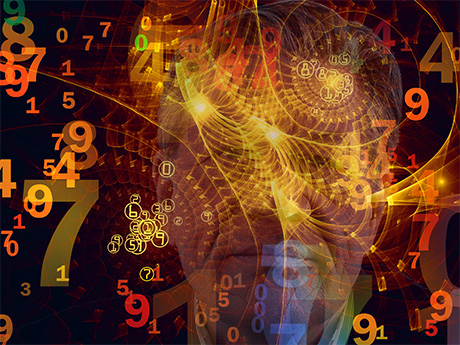 The Period cycles require no calculation whatsoever, other than reducing the units of your date of birth to single digits or, in some cases, Master numbers. Let's use the example birth date of May 15, 1949.

The Second Period cycle is the day of birth reduced to a single digit. In this case 15 reduces to 6 (because 1 + 5 = 6). If you were born on the 11th or the 22nd, you don't reduce your day of birth, because they are Master numbers.

Each of your Period cycles covers approximately 30 years of your life (this varies based on Life Path numbers, more about that some other time), and can be seen as stages of growth.

The Pinnacle cycles are seen more as an indication of the kind of opportunities, circumstances and environment you will encounter during certain times of your life, and are calculated by adding your Period cycle numbers in four different ways. The sum of your First and Second Period cycle produces your First Pinnacle. This strange concept deserves some contemplation.

In our example, the First and Second Period cycles were 5 and 6, respectively. The First Pinnacle, therefore, is 5 + 6 = 11. So it's as if this person, while transitioning from the first to the second stepping stones on his life's path (the evolution from the dynamic and chaotic 5 to the stable and responsible 6), is guided and supported by the sensitive and intuitive 11. The 11 First Pinnacle is not unlike a handrail he can hold on to when climbing the stairs between the two Period cycles. This may sound strange, but it illustrates the difference in the way these long-term cycles influence us. The Period cycles (the stepping stones) require effort and determination, there are growing pains and major adjustments. The First Pinnacle (the handrail) offers the support and guidance that can help you overcome whatever needs to be overcome to make it to the next step on your life's path.

Similarly, the Second Pinnacle is calculated by adding your Second and Third Period cycle. Again, the handrail that supports your climb is based on the ingredients that make up the stepping stones of your personal evolution. The hard work of evolving from the second to the third stage on your life's path is made easier by the support of the Second Pinnacle as a handrail. In our example, this again happens to be an 11 as the Second and Third Period cycles are 6 and 5, respectively.

At some time during the process of working your way through the Second Period cycle (the second stepping stone that represents the productive middle part of your life, from approximately age 30 through 60), you are given two Pinnacle cycles, two handrails so to speak. While the First Pinnacle, in most cases, covers about the same length of time as your First Period cycle, the Second and Third Pinnacles only cover nine years each, but the Second Period cycle lasts 27 years. The Third Pinnacle, by the way, is calculated by adding the First and Second Pinnacles together. The handrail, in other words, is strengthened by splicing and combining the materials of the first two handrails.

the most difficult and challenging time of your life offers two handrails, two Pinnacle cycles, to hold on to.

Finally, the Fourth and last Pinnacle cycle starts around the same time you have to work your way over the third stepping stone, and offers its support as the handrail you can hold on to during the last part of your life. The Fourth Pinnacle is calculated by adding the First and Third Period cycles. That feels to me like the perfect mixture to produce the material you need to get you through the last part of your life. The beauty of Numerology never ceases to amaze me.