Numerology and the Ambivalent Personalities of Numbers

Numbers, like people, are not always as predictable as you might wish them to be. Each of the single-digit numbers has a wide range of qualities, many of them apparently paradoxical, as is the case with people. Some of their qualities are hiding in the wings until circumstances send them to center stage -- you guessed it -- just as people do. Some of those qualities are clearly two-faced: one day they show their good side, but the next day their bad side reveals itself, which makes the art and science of numerology both more nuanced, and more complicated

When I first became involved in Numerology, I took the descriptions of the meanings of numbers more or less literally. 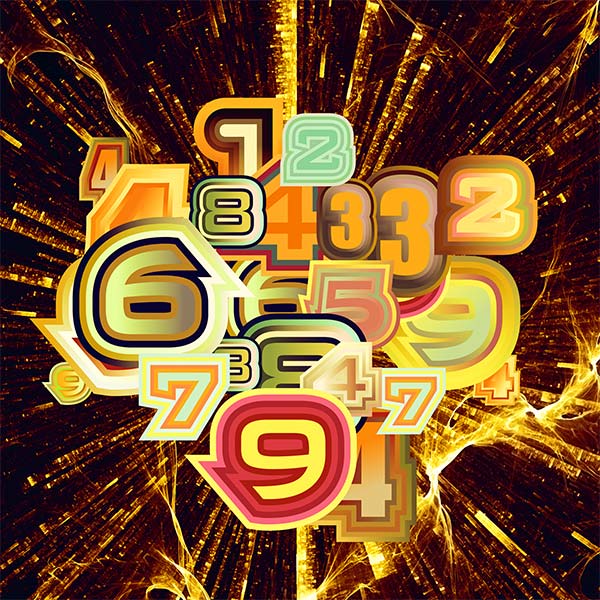 It was all pretty straightforward. Over time, the more I practiced and the more I learned, that picture changed. I no longer thought about numbers as clearly defined, or limited personalities. Practicing numerology for many years taught me that their ambivalent nature is much more subtle and vulnerable to surrounding forces than I had previously understood.

Today, when I look at a number in someone's chart, I consider the surrounding numbers, the location, and the placement of the cycles as crucial to understanding how this particular number affects that person. Let me give you some examples...

The 5 is generally seen as a freedom-loving, dynamic, somewhat irresponsible, sensuous, indulgent, un-disciplined, versatile, adventurous, rebellious and difficult-to-control personality -- all of which is true. You can add to that: sexually promiscuous, short-sighted, impulsive, quick-witted, funny, self-promoting, jovial, financially careless, daring, social and a bunch of other qualities.

Now ask yourself (being a responsible, mature, single individual): would you like to become romantically involved with a 5? Chances are, you would consider looking elsewhere, since the 5 certainly seems like a loose cannon. But what if I told you that the 5, when romantically involved with another person, is actually very loyal, not given to cheating, considerate, devoted, and unwavering in its romantic confidence? Not really what you would expect from that seemingly ageless, permanently juvenile 5.

Now look at the numerology of the 6: sacrificing, loving, caring, responsible, protective, family-oriented, persistent and so forth. Of course, you would love to have a 6 as a romantic partner, wouldn't you? He or she will care for you, protect you, love you, etc. Funny thing though -- being in a relationship is not always enough to keep a 6 faithful. In fact, the 2 and the 6 are the most likely numbers to cheat. Why? Because they love to love. They just can't help themselves.

Numerology shows us many other examples where numbers aren't as simple and narrowly defined as they seemed. Below is a list of attributes and possible conditions for specific numbers that tend to surprise numerology enthusiasts. Keep in mind that this is based on those numbers accessing certain qualities above and beyond other qualities, and under fortunate or unfortunate circumstances. I suspect statistical research would prove them to be true.

The most likely to cheat: 2, 6 and 9. As I said, they just open their hearts too easily, and tend to be a bit gullible as well.

The most likely to die poor: 8 and 5. The 8 tends to take too many risks and greed can turn on itself. The 5 tends to have a hole in his/her hand.

The most likely to end up rich and successful: 7 (brains, scholarly, sense of timing), 1 (ambition, focus, leadership) and 3 (innovator, original, support of others).

The most likely to choose a path of crime: 2 (advantage taker, opportunist, liar), 8 (greed) and 5 (rebellious, adventurer, pirate).

The most likely to become famous: 5 (self promoter, adapter), 11 (intuition, sense of timing, knowing what the next fad will be) and 1 (spear point, try anything).

If you have other paths or qualities that you wonder may be tied to a particular number, let me know. Perhaps I will use them in a follow-up blog on this subject. In the meantime, numerology offers us a few variations on old clichés, that are particularly suited to certain numbers:

Expectations are a sure path to failure: 22 and 33.

Conviction without plasticity will walk you off a cliff: 1, 4 and 8.

One ounce of self confidence is worth a pound of talent: 1, 3 and 7.