This imbalance of incredible technological advances versus almost imperceptible growth (if any) of our basic human values, such as tolerance, empathy, brotherhood, consciousness and love, is preventing us from protecting our planet, protecting nature, protecting the climate, protecting the weak among us; protecting all of us, really, and thereby pushing us to the brink of extinction. 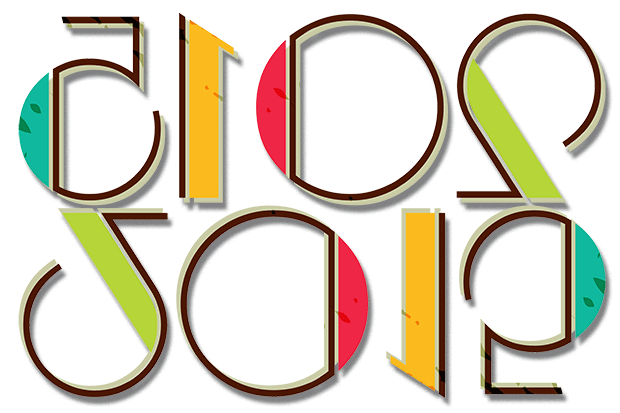 The year 2015 will rectify some of this imbalance by adding to the light scale and taking away from the heavy scale and, this being an 8 year, it will affect first and foremost the economy. Expect the financial markets to experience ups and downs that will make investors and economists dizzy, while the rest of the population calls for greater balance (fairness, basically) with a voice that gets louder and louder. The U.S., and other countries that have been relatively stable start moving towards something approaching civil unrest not seen in a hundred years, while those countries that are comparatively balanced (think large middle class: Western Europe, Scandinavia) remain relatively stable.

For the last eight years I have pointed to the current nine-year cycle of 2008 through 2017 as a time of division. To quote from my 2014 predictions: "Since 2008 we've been experiencing an extreme increase in polarization. This schism affects the human race across the globe. Whether political, social, economical, environmental, or religious, our positions tend to be more and more black and white. Gray, the color of compromise, is no longer in-vogue."

This is not just an American phenomenon.

India, China, Russia, Australia, the Ukraine, Israel, Great Britain, several South and Middle American countries, all show clear signs of more confrontational politics, growing religious intolerance, and/or a steep slide towards dog-eat-dog economical philosophies. There are exceptions, but unfortunately, they are in the minority.

2015 is an 8 Universal Year. The 8 is considered the number of money and power, which is true, to some extent. However, the money and power are side effects of its real nature. The essence of the 8 first and foremost is balance. (Like all symbols, including letters and numbers, its shape tells you much about its nature - the 8 stays upright only when it is in balance.)

Balance is missing when one scale is loaded too heavy and the other too light.

When that state exists, nature will rectify it one way or another.
The most dangerous imbalance today is, without a doubt, hiding within our shared global consciousness, or lack thereof, as our politicians, corporations, industries, and religious leaders, seem hell-bound on tearing the fabric of our fragile civilization to shreds, while technology is busy elevating us to god-like status (talking to someone on the other side of the world while traveling comfortably in a metal box at speeds three times faster than the fastest horse, flying at 35,000 feet for hours on end, watching men killing men thousands of miles away while comfortably seated on your couch, cheering your favorite athletes from clear across the country, swapping out a person's barely beating heart for a better one, building homes so high in the sky you can look down on the clouds, accessing from our laps all the knowledge and wisdom we accumulated by all of mankind over all the years of its existence, these are super powers the mythological gods of Greece and Rome would have envied us, had they been able to imagine such wonders

Countries that have for centuries been ruled by small powerful factions rise up to force changes. China and Russia too, will be forced to deal with their power structures. In the U.S., powerhouses (human, corporate, political, and any other kind) are holding on by a threat as their legitimacy evaporates and new forces (again, human, corporate, and political) make their debuts. This is a changing world we live in, and the coming year will be one for the history books; count on the balance shifting towards dangerous angles, before teetering back to a seemingly saver position, only to swing back again.

I am quite aware that my predictions seem full of doom and gloom, and this is true for the short term. The long term looks considerably better, because, well ... , I will save that for another time.

Although the influence of the Universal cycles on each of us individually is minimal, the changing events and circumstances, whether economical, political, or otherwise, affect some of us greatly, while others are largely spared of any disruption.