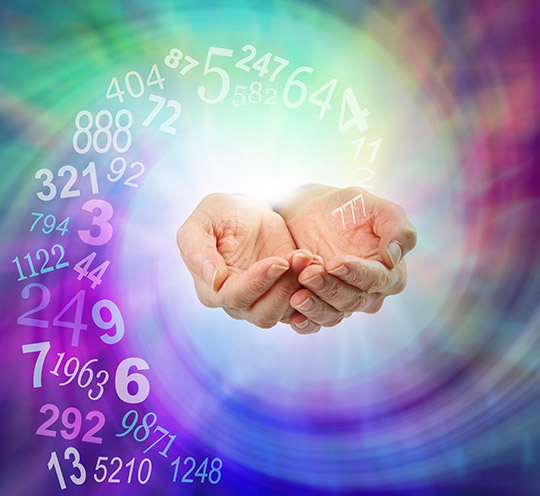 Many people tend to be skeptical when it comes to the intuitive sciences like Numerology.

Skeptics think that the notion that your name reflects your personality, or that your date of birth foretells things about your future, is farfetched, if not completely ludicrous.

It recognizes the relationship between symbols (numbers and letters, names and dates), and what they represent. It's an intuitive science, of course, and as a Numerologist, I am trained to find those connections between your name and what it says about your personality. Or your date of birth and what it tells about your future.

Numerology is the study of the patterns and connectivity that exists between the two. Symbolism, synchronicity, mysteries, physics, even psychology, are the fingers scratching the surface of the unknown.

The Symbolism of Numbers

The nine cardinal numbers not only symbolize nine specific archetypes, but also nine stages of development that all of us pass through in order to complete our growth and maturity.

In one of the nicer examples of symbolic psychology, the shape of the number 9 itself contains a circle on a lead, representing the completion of a cycle, a turning back to the beginning, which is also manifested in the fact that whenever any number is added to the number 9, it comes back to itself.

Three different ways of looking at the 9-the shape of the symbol, the mathematical strangeness, and what it represents in numerology-reveal closely related characteristics.

The symbols of numbers reflect their nature.

The pillar shape of the number 1 reflects the independence, leadership, and strength of that number.

The humble, sensitive, and diplomatic 2 symbolizes its resilient strength: It is easy to depress, and to squash, yet it is flexible, and, like a spring, the 2 rises again, much easier and quicker than does the 1.

The 3 represents self-expression, verbal art, enthusiasm, and inspiration. It is the most imaginative of all numbers, and this is reflected in its open and inviting shape, which is ready to embrace anything in this world and the world above.

The squares-shaped 4 is down-to-earth. It sits on the ground, and it is a foundation and a rock of support for other numbers. It represents limitations (often self-imposed) and discipline; it is never a dreamer.

The 5 is the most dynamic of all numbers, and the symbol seems to turn around its central point. The 5 will try anything at least once, and, and, true to its nature, is open front and back.

The number 6 is the most loving and sacrificing of all numbers, it is the mother/fatherhood numbers, and it seems pregnant with love.

The 7 is the thinker and the hermit. It is the seeker of truth, and it reminds me of a wise old man with an outstretched arm. In his hand he holds a lamp, shining its light in search of answers.

The 8 represents the balance between the spiritual and the material world, and the symbol reflects heaven and earth in the two circles stacked on top of each other.

The 9 completes the circle, Like the 6, it is a very loving number, but where the 6 sends its love to family, friends, and the community, the 9 gives its love to the worlds. It is the humanitarian.

As you apply the numbers to specific people and situation, their many nuance will be revealed to you. Soon you will recognize that numbers are not only illuminating, but also fun.