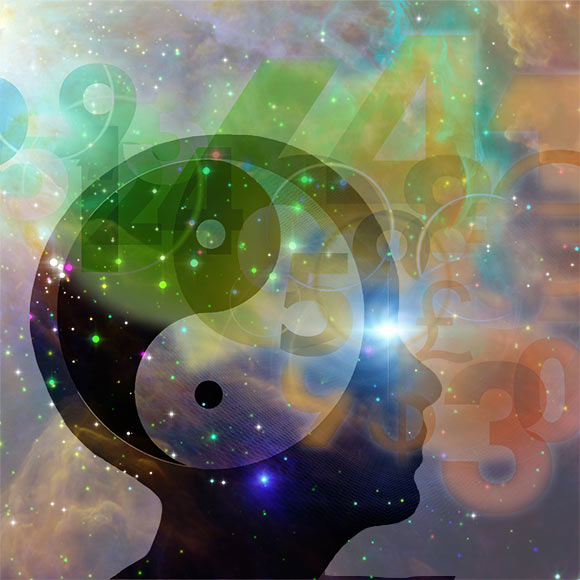 Numerology not only considers Karmic Lessons on their own, but takes into consideration the length of the name

(Since Karmic Lessons are based on the numbers that are missing in your name, the shorter the name the more chance of having multiple Karmic Lessons.)

In my previous article, I explained how to find your Karmic Lessons and the way they can influence your life. The average number of Karmic Lessons is between one and three, with two being the most common.

It's not unusual to have no Karmic Lessons at all (the focus of a future article), and there are quite a few people who have more than three Karmic Lessons, especially if they have short names.

However, five or more Karmic Lessons is extraordinary, especially if the full name contains twelve or more letters.

The effect of five or more Karmic Lessons in your numerology chart is unique and can be rather difficult to live with.

Many years ago I met someone who had six Karmic Lessons. Considering that there were sixteen letters in her name, this was extremely rare. I have not met, before or after, a person with that many Karmic Lessons in such a relatively long name. Only the 3, 4, and 5 were present in her full name at birth. (I can't divulge her name, of course, but let's call her Lee - a three letter name containing only the 3 and the 5, so that fits.)

When she first called me to request a consultation, I took down her name and date of birth, and then proceeded to calculate her chart. As soon as her name was transformed into numbers, I realized that her chart was unique.

Typically, I would get a mental picture of an individual after doing that person's numerology chart and it was almost always accurate. In her case, the picture I got was of a physically fragile, small-boned lady of average height, short blonde hair, pale, and wide-eyed. Probably dressed with little attention paid to fashion, no make-up, long fingers and good posture. (Getting a detailed image of a person I had never met isn't as strange as it may sound. Like anything else, if you practice enough you get good at it, and by that time, I had done charts and given consultations for quite a few years.)

I also assumed, based on her chart, that she was probably an artist (visual art or performance art), eccentric (I suspected either some weird phobia or an obsessive compulsive disorder), accident prone, lacking personal confidence, and a history of disappointing romances. I had a sense of a small bird, always alert and sensing danger everywhere.

When she came into my office, she looked exactly as I had pictured her, without make-up and dressed in sweat pants. I could have picked her out of a crowd.

During the consultation, I found out that Lee was a successful dancer, a member of a famous modern dance group travelling world-wide. She was almost always the female lead and had been in magazines and on TV a number of times. Her personal life, on the other hand, was a disaster.

She had multiple physical scars, reminders of car accidents and bad falls, and even more emotional scars resulting from a string of bad relationships, an alcoholic father, etc.

She struggled with illness and a weak immune system. She was a beautiful woman with low self-esteem in spite of her successful career. She was orphaned in her early teens and had suffered from OCD since childhood. She also suffered from panic attacks and had a fear of large open spaces.

When we came to the part of her chart that showed the Karmic Lessons, she was quick to recognize the tell-tale signs of her dilemma; a very successful career as a result of focused energy, while her personal life seemed to be a total failure.

The message here is this:

In order to live a balanced life, you need a balanced chart. You don't need every number in your name, but it helps to have most of them. Her name reflected a huge dose of talent and single-minded focus, a result of having an abundance of 3s (self-expression), 4s (discipline), and 5s (adaptability), but many of the basic tools needed to live a happy, simple life were missing.

I knew there was not much that could be done as far as direct interference; she was what she was. But I explained to her that more important than anything your chart can offer you, is to understand who you are, what your strengths and limitations are, and how to use, overcome, or accept and live with them.

People always seem to think that life has to be predestined, otherwise, how could numerology or Astrology be accurate. The answer is simple: although numbers have a limited range of attributes, what you can do with them is not. Happiness, contentment, peace of mind ... they are all dependent on one thing and one thing only: your knowledge and acceptance of your Self.

You, like any human being, came into this world with everything you need to live a complete and full life. You may have disadvantages, physically, mentally, emotionally, intellectually, environmentally, geographically, genetically, or whatever you judge to being less than perfect, but you also have what you need to get far beyond all of that.

Your restrictions and limitations -- the parameters that were perhaps set at your birth -- only apply on a linear plane. The vertical space is wide open. You can go anywhere, do anything; the sky is the limit. As long as you have your priorities right, you will have opportunities.

If you want to be rich, or glamorous, respected, successful, or whatever the TV and glossy magazines offer as the ultimate rewards in life, your chance of being disappointed (and thus unhappy), is pretty much guaranteed. But if you can be YOU, if you somehow manage to become acquainted with your true Self, your chance of being happy and fulfilled is equally certain.

In fact, I can assure you that when you meet the essential you, the real you, what you were meant to be, your life becomes more than you could have ever dreamed of.

Unfortunately though, you've been bombarded with expectations and ideas about what it means to be happy since the day you were born, all of them wrong, all of them the hand-me-downs of others, all of them distracting and a complete waste of your precious time. It isn't until you recognize the emptiness of such an existence that the door to another reality opens up.

I met with Lee numerous times since that first consultation, and while she was not able to overcome some of her weaknesses, she managed to accept her limitations and work around them better than before. She has not fallen victim to another "get rich quick" scheme since then, took up meditation and yoga, which made her less accident-prone, and is able to cross a wide open space without fear.

Sometimes the solutions are just practical and common sense.

I talked to her about the benefits of a healthy diet, and she kicked the sugar, the sodas, the junk food and other bad habits. This has helped her in many areas, in particular her immune system.

Her OCD is still there, but she is aware of it and has reached a level of control she didn't have before. She no longer leaves the house in sweat pants and a baseball cap, and that small alteration did wonders for her self-esteem.

All in all, Lee is the perfect example of someone whose quality of life improved dramatically simply by understanding herself a little better and making some changes as a result. Like everything else, a little effort is required, of course. But there is no magic involved in the process of gaining self-knowledge, just a desire to do so.