All numbers in a numerology chart have personality; a range of attributes that are well defined and specific.

While there are certain character traits that overlap or are shared among multiple numbers, the personalities of the numbers are dissimilar enough that they are easily recognizable. 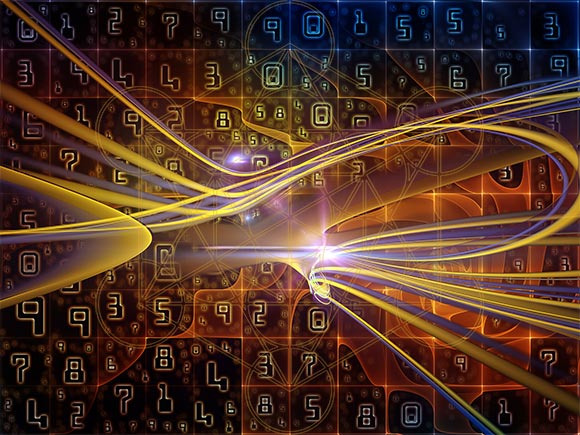 For example, numerology views the 6 and the 9 as compassionate and self-sacrificing - sharing some very humane and caring qualities -- they express those attributes in very different ways. The 6 is family and community oriented and its care and compassion is directed at people within the immediate circle of friends, family, and neighbors, whereas the 9 has a more global perspective and directs its sympathy and self-sacrificing potential towards people at large, without the need to know them personally. In fact, the 9 tends to be a bit aloof, if not distant, towards people close by, while the number 6 on the other hand does not easily relate to people it doesn't personally know.

Hence, when you see someone helping at the local food kitchen that would be more in line with a 6, while the person involved in raising money to combat poverty in a country far away behaves more like a 9. (Look also at the shape of the numbers 6 and 9 as they both symbolize a protective environment, in the case of the 6, an upside-down or reversed 9, you might see some similarity with a womb and a funnel or spout through which their care and compassion flows. In the case of a six upward, in the case of a 9 downward.)

Perhaps the most challenging aspect when learning Numerology is to recognize and understand the attitude and actions of a number within a particular environment or location of the chart, because just as human beings act different depending on the situation, so do numbers. In fact, a number may express itself in a positive way when found in one location of a numerology chart, and in a negative way when located elsewhere in the chart.

When someone becomes interested in Numerology and starts to read numerology books and looking into other resources in an effort to learn the language of numbers, there is a tendency to simply become familiar with the attributes of numbers as they are usually listed. This is not my preferred approach. An objective, clinical approach that lists a bunch of traits as a way to define a number just does not take into account the subtle differences and flexible nature of even the most rigid features.

This method might be helpful to get someone roughly familiar with a number's personality but it is a long way from understanding the true nature of that number as it may appear in different places, environments, and so forth. It is for that reason that in my book Numerology; Key To Your Inner Self: A Complete Guide to Understanding and Using Your Numbers of Destiny, I describe the qualities and attributes of each number every time I discuss a different aspect of the chart.

I describe the implications of the number 1 when it appears as a Life Path number, than again as an Expression number, again as a Heart's Desire number, again as a Personality number, and so forth throughout the personality profile part as well as the forecasting part of a numerology chart, in the hope that by reading and recognizing the subtle differences will help the student to become familiar with each number with much more depth and understanding than by simply memorizing a bunch of traits.It takes time before an aspiring numerologist reaches a depth of knowledge that allows him or her to recognize the presence of a number simply by looking at a behavior and vice versa.

The number 1, for example, is masculine, strong, aggressive, competitive, confrontational, goal-oriented, and so forth, while the number 2 is its opposite as it is feminine, subtle, gentle, diplomatic, sensitive, cooperative and conciliatory, to name but a few of its more obvious attributes. So when a person acts assertive, perhaps even bullish, you might conclude that the number 1 is probably dominant in that individual's numerology chart. Another person might behave more placid, careful to keep the peace, to find common ground, and to be tactful, showing signs of a 2. By the same token, if you know a person has the number 1 dominant in a chart, when you place him or her in a combative environment you can pretty much predict that he or she will behave confrontational, won't back down, and will try to use verbal or physical force to win the argument, while the person with a 2 in the chart will try to find common ground, be tactful, and diffuse the situation as peacefully as possible. (Look also at the shape of each number as it symbolizes - numbers are by definition symbols -- its attitude.

The 1, upright, unbending, in your face, and the number 2, humble, flexible, and resilient, almost as if it is on its knees and bowing down. But make no mistake that whereas the 1 is unbending, it will break under too much pressure, while the flexible 2, at times squashed by too much weight, will come right back up when the pressure lets off -- the survival qualities of the feminine 2 tend to outlast the stubborn, masculine 1.) In future blogs, I will introduce each of the nine single digits with all their subtle tendencies and changes, their seemingly contradicting patterns and at times schizophrenic behaviors, their predictable manners and their often surprising responses when found in different situations. It will be fun and it might get you to look at numbers with a fresh perspective.