Numerology fans tend to like numbers, especially when there is a uniqueness factor such as in 10-10-10 and, of course, we love to analyze such a numerical anomaly. Keep in mind that 10-10-10 happened exactly two thousand years ago. Still, October 10, 2010, does have a distinctive number sequence. There is the fact that the number 10 is represented three times, and that only three different digits appear, the 0, the 1, and the 2. 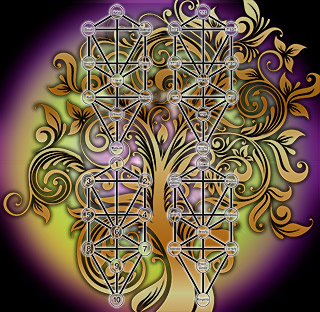 If we do a Karmic table, we notice that all numbers 3 and up are missing, and that the number 1 is by far the most represented (the 0 doesn't count in a Karmic table). Finally, the Universal cycles are 3, for the year, 4, for the month, and 5, for the day. All of this tells us that the Universal cycles for that date are aligned in a way that their influences are bundled, like a spotlight as opposed to a regular light bulb, and therefore will be more effective and specific.

The question, of course, is what kind of effect they will have on our lives. Since they are Universal cycles, their effect is global and therefore less felt by everyone. First, we look at the Universal Day cycle, which is 5; chaotic, dynamic, and causing unexpected changes and events, a 5 Day always brings surprises.

Offsetting this to some extent is the disciplined and steadfast 4 Universal Month cycle, but while this tends to put the brakes on the hectic 5, it also represents two directly opposing forces, so tension is high, and conflict is certainly possible.

The effect of the 3 Universal Year cycle is minimal but does bring some communicative powers in play, which should be a good thing. And while these Universal cycles are important, what really sets this day apart is its multitude of 1's. Aggressive, confrontational, driven, and strong-minded, the global energy for this day could be somewhat explosive. Add to that the fact that the 1 appears twice as a challenge or obstacle, and we can expect some troubles, mainly in the form of unnecessary provocations and confrontations, hopefully more in the form of political bravura and grandstanding, and not in actual blood and bullets confrontations, although that can't be ruled out.

Bloated egos with little or no common sense will unfortunately have the day. Nothing new, really, it's just that on October 10 we can expect some truly nasty examples of that. What is more troubling to my mind, is that the first two decades of this millennium have a disproportionate number of days dominated by the 0, 1, and 2. Not the least of which is 12-21-2012, a date that from a numerological perspective sets a record as far as conflicting and directly opposing energies (I look at it as a kind of eclipse of the cycles when they are aligned so precisely they block the light).

The Dominating Numbers 1 and 2

This, the high number of dates containing only the digits 1 and 2, is just another example of the inter-connectedness of everything and symbolizes a time when it appears all of humanity is moving toward more extreme and distilled energies of good and bad. Simply put, the good gets better and the bad gets worse. And what is by any measure the most important lesson we can learn from looking at these numbers is that those global growing pains mirror what takes place inside of each individual, whether consciously or not, because such is the nature of our reality; the outside mirrors the inside and vice versa. (Although recognizing the commonalities and understanding them may be close to impossible.)

I may be subjective, but it is my view that the kind of struggles we see in the world around us are not all that different from our own. We fight wars inside of us all the time, we live with opposing forces within us and that seems to be our natural state of mind. Come to think of it, even the movements of particles depend on opposing forces, as do the stars and the galaxies. Pretty amazing, especially considering that what we aim for is what appears to be the exact opposite; peace. So, can peace exist in an environment of opposing forces?

As someone I greatly admire points out, the only way for this world to attain a true state of peace is when we, each one of us, find peace within ourselves. Perhaps that means living on a planet where opposing forces exist in a state of balance and acceptance, or call it love and tolerance - whether globally or within inside each one of us. Just like the eclipse, but instead of blocking the light it allows it to pass through to smack into your now fully awakened consciousness.